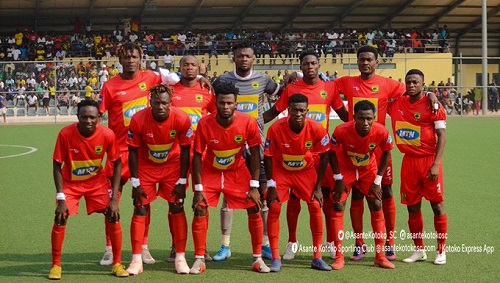 Asante Kotoko's 31-man delegation to play Hearts of Oak in anÂ independence day friendly game to be staged in London, United Kingdom has been revealed.

The list is made up of the players and officials.

Out of favour striker, Sogne Yacouba whose contract is set to run out at the end of February has been left out of the squad as well as attacker Sam Adams. 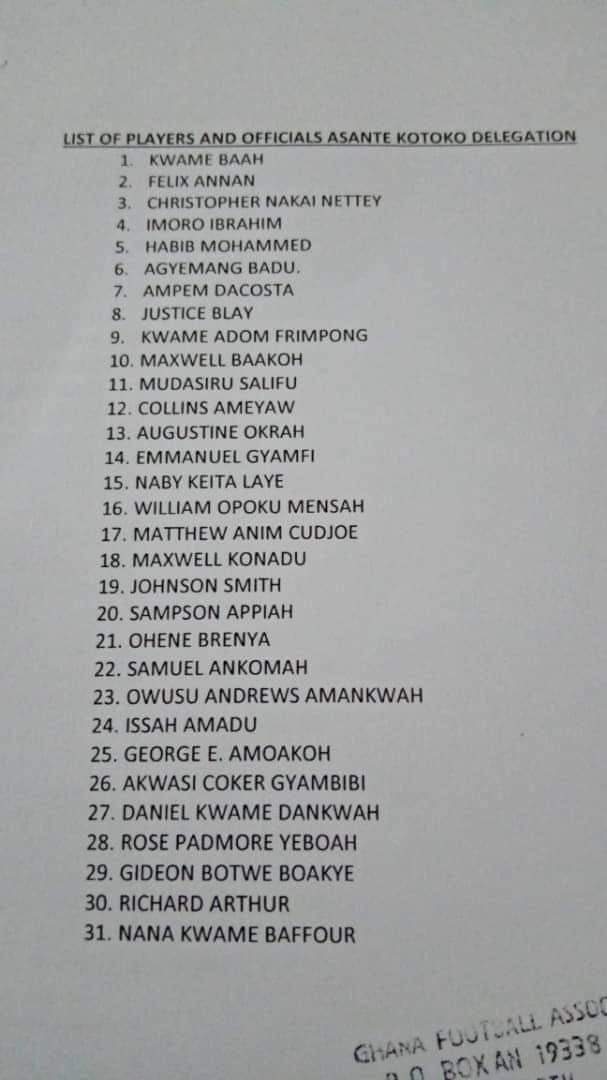