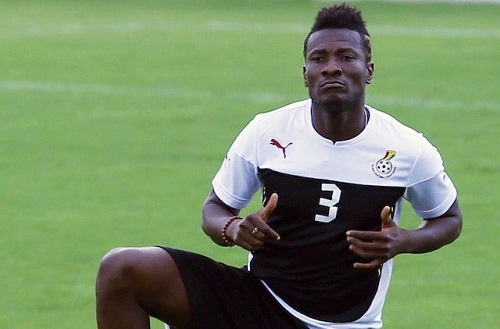 Just like other national team stars who want to impact the knowledge they have acquired in the game to the next generation, the former Rennes and Udinese striker wants to do same.

This revelation was made by GFA President Kurt Okraku after the striker confided in him.

"Asamoah Gyan made it clear to me that he will want to venture into coaching after hanging up his boots," Kurt Okraku said.

Asamoah Gyan in a recent interview indicated he would like the nation to honour him with a befitting farewell should he bring his international career to end.

According to him, he would not like to exit the senior national team in pain. Despite earning national and worldwide recognition, Gyan believes his soul will be happy if Ghanaians give him a proper send-off if he retires from Black Stars.

"The people at the top have seen what I have done so if they decide to give me a farewell something, definitely my soul will be happy.

“Although people appreciate me but it will depend on how to do it. I will do my job till the time I am done. I can decide with my team that I will play a testimonial game. GFA can decide that they will do something for me [play a game or something]. It will depend on them.”

A call the GFA President said they will make ensure they honour Ghana's all-time top scorer once he calls time hangs up his boots.

"The GFA will ensure that when the time comes that he will be exiting, he will not exit in pain.

"We want to completely depart from that and then make sure that the GFA is in supportive of whatever he wants to do as a coach in future."

Gyan who made his debut in November 2003 against Somalia, has earned 109 caps for his country, scoring 51 goals.

The 51 goals have ensured he is the all-time leading goalscorer of the Ghana national team.