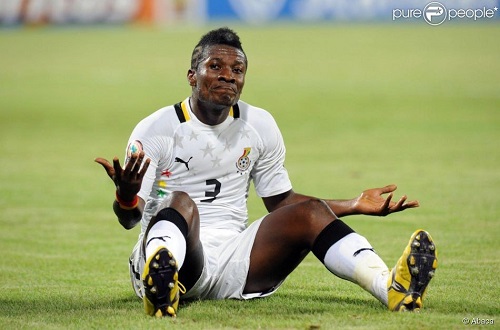 According to him, the striker likes competition more than training, hence not doing much when it comes to practice.

The Frenchman served as Ghana's assistant coach under head coach Claude Ley Roy during the 2008 Africa Cup of Nations which was hosted in Ghana and had the opportunity to work with Asamoah Gyan.

Renard, 51, who is the current manager of Saudi Arabia national team lauded Gyan's qualities on the pitch in an interview with TV3.

“The quality of Asamoah Gyan was amazing. I was always impressed with his timing of headers.”

“He was a very good goalscorer, fantastic player, amazing player.

Renard who won the AFCON trophy in 2012 and 2015 with Zambia and Cote d'Ivoire respectively believes Asamoah Gyan would have had a better career had he put in more industry in his work.

“But I have something to tell him. He was supposed to have a better career, but he was lazy,” Renard said while laughing.

Gyan, 34, is currently without a club after his short term deal with Indian side NorthEast United ended in January.