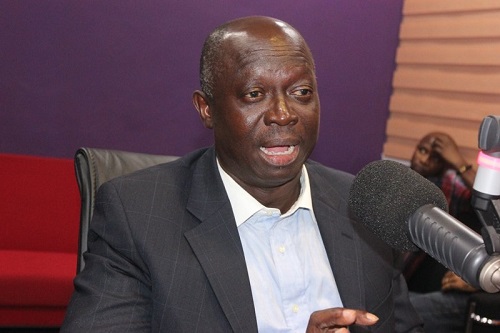 Ace broadcaster Kwabena Yeboah is doubtful the Ghana Premier League season will be completed in the wake of the coronavirus pandemic.

All football competitions in Ghana has been suspended since March as the nation battles the Covid-19 pandemic. Football clubs in the country are in limbo whether the league will be continued or cancelled.

But GFA President Kurt Okraku has hinted that a definite decision would be taken on the 2019/20 league season on June 30.

Elsewhere, Germany over the weekend became the first European country to restart the League (Bundesliga) after getting the green light from Chancellor Angela Merkel following the German Football League presenting a number of safety protocols to her.

However, the Sports Writers Association of Ghana President Kwabena Yeboah is doubtful the 2019/20 Ghana Premier League will be played again.

"I do know the GFA are very determined to start the Ghana Premier League and they've presented a proposal to government to try and start the league because of the implications and consequences of total cancellation," he told Joy FM.

"For example, there is a suggestion that they should play behind closed doors as being done in the Bundesliga but is that sustainable in Ghana?

"Some club leaders are arguing strongly that if they have to play behind closed doors a minimum $200,000."

"Is that tenable, does the FA have the money to continue the league behind closed doors."

"We do know even when the league was in full throttle the clubs suffered a great deal,because the players are paid meagre amount and you just wonder how they survive on it."

Kwabena Yeboah believes in the wake of the spike in coronavirus numbers government will not give GFA the green light to restart the league.

There is no way the GFA on its own can start the league without a direct government intervention from government and from all indication it doesn't look like as if the government is determined to allow our league to start within the contest of even the hike in the numbers of those who have tested positive for coronavirus in recent times.