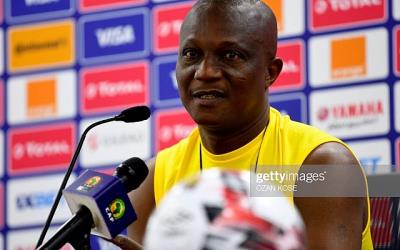 Former Black Stars coach Kwasi Appiah says he is currently not interested in football despite being contacted by several teams abroad to coach.

According to the gaffer, who has been linked with a return to Sudan where he previously managed in 2015 said he is not interested in managing a team for now.

Speaking in an interview with Wontumi TV, the 60-year-old revealed that he is concentrating on other things outside sports even though he has also been linked with returning to the dugout.

He said he is focusing on his other engagements in the country.

"Now I am not interested in football, my concentration is on other things, although I don't know what will happen in the future," Kwesi Appiah said in an in an interview with Wontumi FM.

"But I don't want to know anything about football."

Appiah was relieved of his position as head coach of Black Stars in January 2020 in his second spell after the Ghana FA decided not to extend his expired contract.

Appiah's contract was not renewed following his team's disappointing outing at the 2019 Africa Cup of Nations where the Black Stars exited in the Round of 16.

Appiah is the only Ghanaian to have qualified the Black Stars to the FIFA World Cup, in 2014.