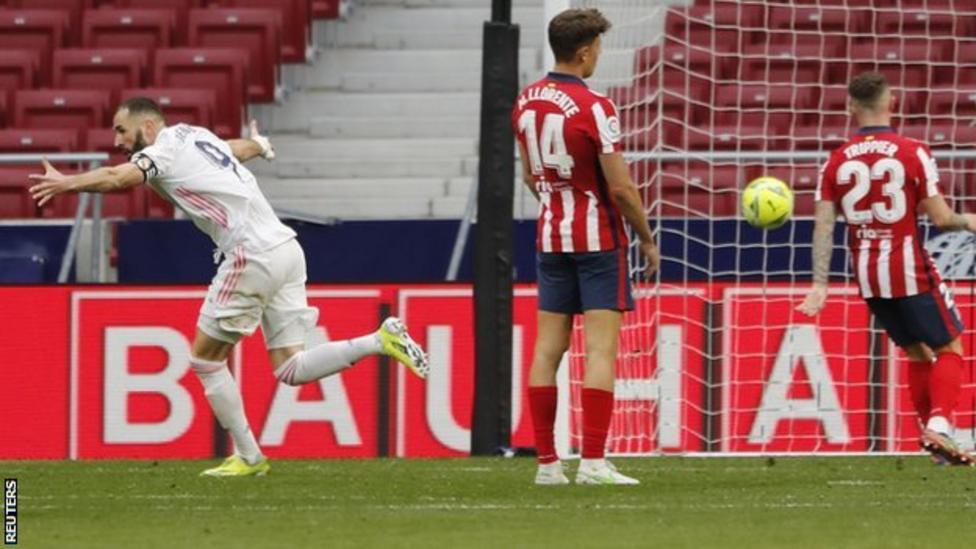 Luis Suarez scored the opener, which Kieran Trippier helped create on his return from a 10-week ban for betting.

Atletico are three points clear of Barcelona and five ahead of third-placed Real.

England right-back Trippier, who was suspended in December and fined £70,000 after a Football Association panel found he broke betting rules, was bright throughout for the hosts.

He started the move for Atletico's goal, finding Marcos Llorente with a clever pass from defence.

A fine first touch from the Spanish midfielder helped him race clear before he slid the ball to Suarez, who beat Thibaut Courtois with a well-placed shot with the outside of his boot.

Real were denied a penalty for handball before the break, with referee Alejandro Hernandez watching several replays before deciding against awarding a spot-kick after the ball appeared to strike Felipe's arm.

Courtois made a string of crucial saves after the break, denying Yannick Carrasco and twice keeping Suarez out.

At the other end Oblak made an excellent double save from Benzema with 10 minutes remaining, but Benzema could not be denied the equaliser after neatly exchanging passes with Casemiro in the penalty area.