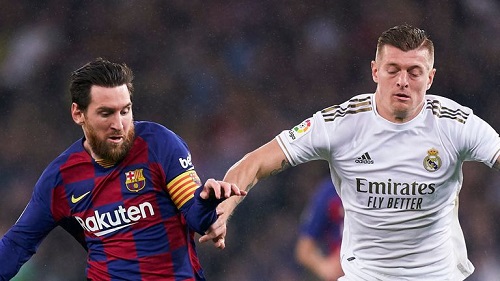 Spain’s top division has been shut down since March in the wake of the coronavirus pandemic.

As lockdown restrictions are lifted players and teams have now begun to return to training with a resumption of the season being lined up next month.

The logistics of doing so remain firmly up in the air but Tebas is confident that despite concerns a solution will be found to get players back on the field quickly and, most importantly, safely.

“There would be league games daily for 35 days, 24 hours before the game the players will be tested.

“I don't know when football will return. I don't know if the most probable date is June 19, I would like it to be June 12. It will depend on spikes and contagions,” Tebas told Movistar.

“The lowest risk will be during games, I ask that health regulations are followed to get to the start with as few infected as possible.

“We're very on top of the control of players, at home I ask that they keep following the protocol.

“Our conduct should be exemplary to society, I see a lot of responsibility on the players.”

Testing remains a significant hurdle with player and staff safety paramount in any season restart.

It was announced on Sunday that five players from the top two divisions had tested positive for Covid-19.

But Tebas believes positive tests are to be expected even if they will ultimately prove a rarity.

“You have to adapt to the circumstances and we've worked on protocols, structuring ideas about how to act in the best conditions without causing harm,” he added.

“We expected 25-30 positive tests, it's good news for the football industry and Spanish society that there are eight positives, including non-footballers, among 2,500 tests.

“Those players will have another kind of test on Tuesday, they are in the final stages of the illness.”