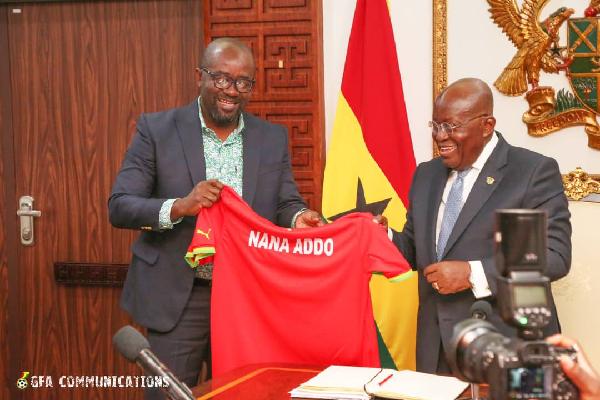 President Akufo-Addo has advised the GFA not to interfere in the decisions of the Black Stars technical team ahead of the World Cup which begins next month.

The President said this when the GFA called on him at the Jubilee House in Accra.

“Having chosen the technical team, I will also implore you, leave them to do their work. I think the people who run football clubs know what it is required of a good coach. He takes the responsibility, if he doesn’t you know what to do with him.

“What is always a problem is minister saying, this person should play, and saying president says I should tell you x player has to play. No, we don’t want any of that,” the President said.

The President also assured his government will do its maximum best to provide the basic needs for the Black Stars to make their participation in World Cup Qatar 2022 finals a success.

Otto Addo is expected to name his preliminary squad for the 2022 World Cup in the coming days before naming his final list on November 14.

Ghana will open training camp in Abu Dhabi on November 10.