LeBron James' Lakers one win away from Western Conference Final 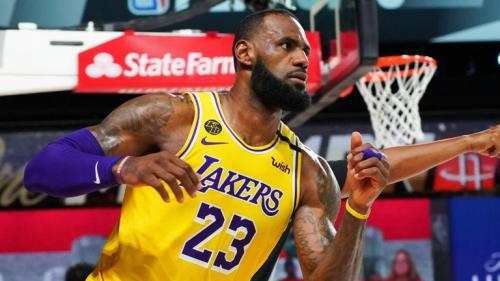 After leading his team to within one win of the Western Conference Finals, LeBron James said the Los Angeles Lakers must to be better at closing out games.

James recorded 16 points, 15 rebounds and nine assists in support of Anthony Davis' game-high 29 points as the Lakers beat the Houston Rockets 110-100 in Game 4 to take a 3-1 lead in the Western Conference semi-final series.

But after stifling Houston's high-octane offense for three quarters and building a 23-point lead midway through the fourth quarter, the Lakers committed turnovers on four successive possessions to give the Rockets life.

Led by James Harden and Russell Westbrook, Houston ripped off an 18-2 run to close to 103-96. What could have been a comfortable blowout win was eventually sealed when Davis took advantage of a mismatch with Eric Gordon to score with 1:47 left in the game to give the Lakers some breathing room.

"We are still a team that is growing. We have got some guys who have never been part of the postseason (before). This is our first run together. This was only our ninth game together in the postseason."