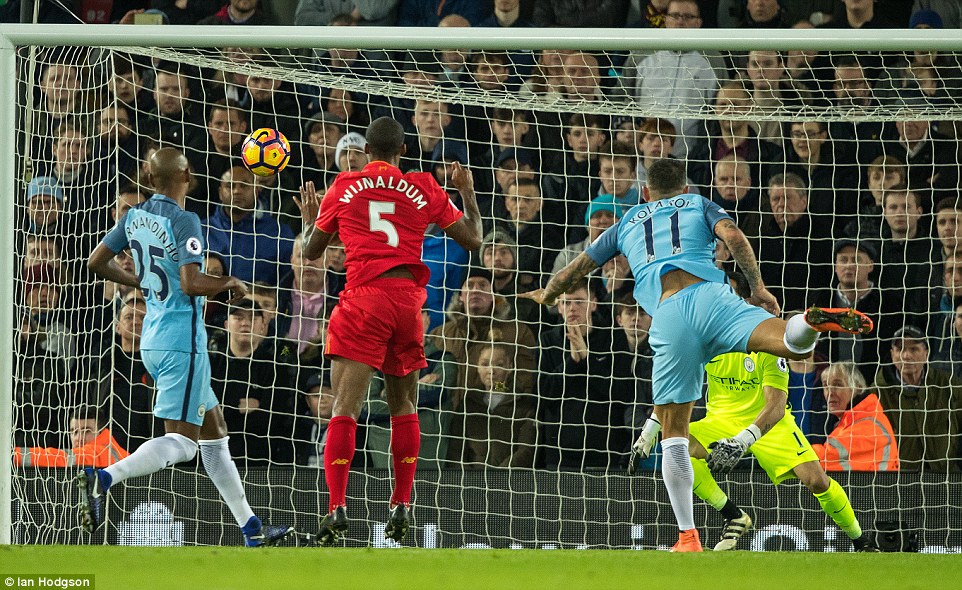 Georginio Wijnaldum's header was enough for Liverpool to defeat Manchester City and move clear in the pursuit of Premier League leaders Chelsea.

In a poor game, Wijnaldum rose to meet Adam Lallana's cross to score with the first half's only effort on target.

Second-placed Liverpool are six points behind Chelsea and four ahead of City.

Arsenal, in fourth, are two adrift of City before their game against Crystal Palace on Sunday.