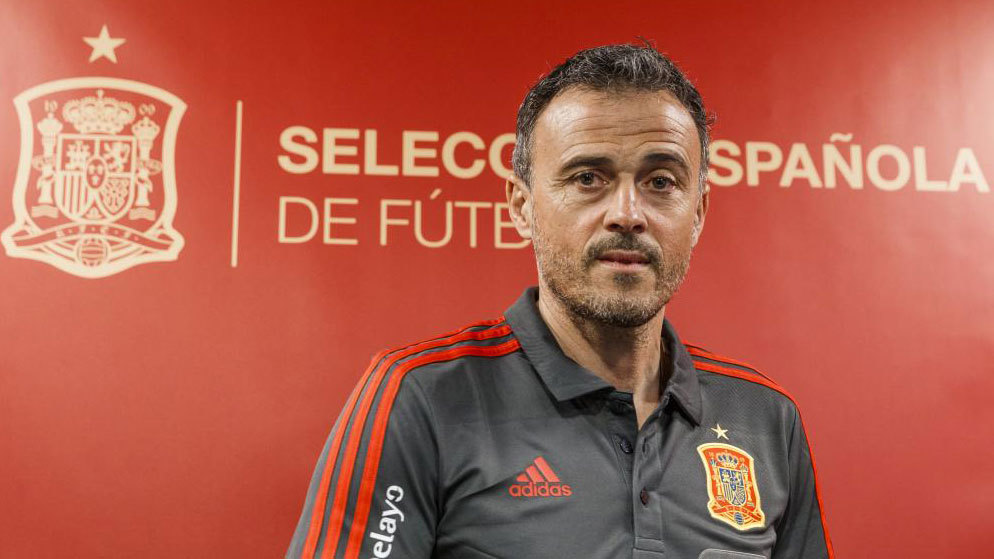 Luis Enrique has left his role as Spain manager after they were knocked out of the World Cup by Morocco.

The Spanish Football Federation (RFEF) said a "new project" should start but did not put a time frame on when a new boss would be announced.

"We would like to thank Luis Enrique and his entire coaching staff," the RFEF said in a statement.

Spain thrashed Costa Rica 7-0 in their opening group game of the World Cup but their possession-based game saw them accused of being "boring" as they drew 1-1 with Germany and lost 2-1 to Japan.

On Tuesday, Spain were held to a goalless draw by Morocco before losing a penalty shootout as they were knocked out.

Spain drew plaudits for their style and established themselves as the world's leading nation under Luis Aragones and Vicente del Bosque in their era of domination between 2008 and 2012 when they won two successive Euros either side of their first World Cup.

But the side has not won a major trophy since being crowned European champions in 2012. And they have not progressed past the last 16 at the World Cup since their triumph in 2010.

Enrique's most successful period as manager at club level came with Barcelona. Between 2014 and 2017 he won the Champions League and guided them to two La Liga titles, three Copa del Rey trophies, the Super Cup, the Club World Cup and Spanish Super Cup.

He took over as manager of Spain in the wake of their chaotic 2018 World Cup campaign, succeeding Fernando Hierro who had stepped in two days before the tournament because Julen Lopetegui was sacked for announcing he was taking over at Real Madrid after the tournament.

Former Spain midfielder Enrique stepped away from his role for a short period in 2019 because his late daughter had been diagnosed with bone cancer, before returning for the side's impressive Euros run in the tournament that was delayed by a year because of the Covid-19 pandemic.