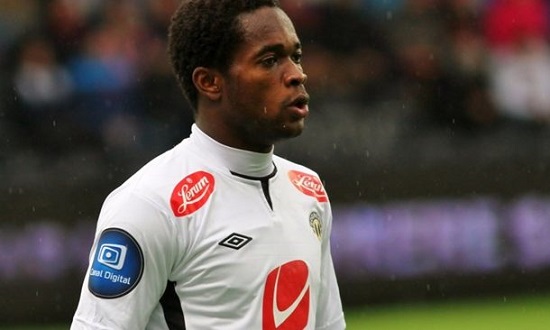 Ghana international striker, Mahatma Otoo has terminated his contract with Turkish outfit Balikesirspor after two years with them.

The former Hearts of Oak goal poacher joined the Turkish Liq 1 side two seasons ago from Istanbul-based Ümraniyespor. However, he has cut short his stay with the Balikesir based club with reasons leading to his contract termination unknown.

“For the very first time in my career, I had to rely on FIFA provisions to cancel my professional contract effective 13th May 19, for obvious reasons.

“Sincerest gratitude to BALIKESIRSPOR for the opportunity they offered, and my numerous fans in Balikesir and elsewhere.

“The future belongs to those who have the strong ability to ignore distractions, and stay the course with perseverance.

He concluded "Just learned of the resignation of club President Mustafa Bahçeci. Wishing him all the best in his endeavors. Still the Don cheers,”

Otoo scored five goals and registered five assists in 35 appearances for Balikesirspor in all competitions for 2018/2019.
READ ALSO: