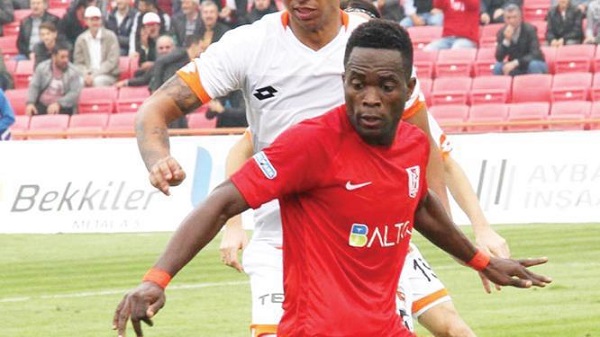 Ghana striker Mahatma Otoo will be out for three weeks after suffering an injury set back at Turkish side Balikerispor.

Otoo limped off in the 30th minute of Balikerispor’s 1-0 loss to Altidornu on Sunday.

The former Hearts of Oak striker who was having a good game felt a sharp pain in his right thigh and had to make way for Mehmet Boztepe.

After scans and tests on the injury he sustained, it was uncovered that Otoo outstretched a muscle in his thigh and will only return to action after three weeks.

The lethal attacker will miss Wednesday’s return leg of the FA Cup against Trabzonspor which Balikespor irrefutably need a win having lost 2-1 in the first leg.

He also wants to be in action for his side’s home league game to Eskisehirspor and away fixture at Osmanlispor on January 27 and February 1 respectively.