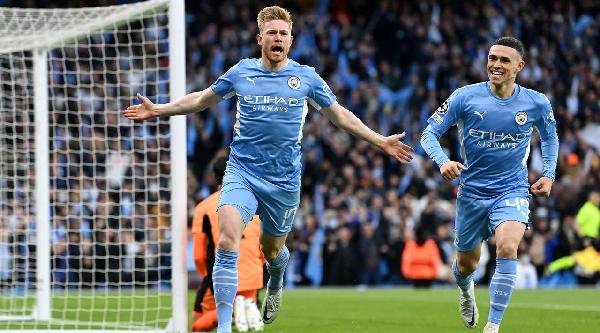 Manchester City will take a slender 4-3 lead into the second leg of their Champions League semi-final clash with Real Madrid after a classic was played out at the Etihad Stadium.

The reigning Premier League champions were in dreamland after taking a two-goal lead with just 11 minutes on the clock.

It took City only 94 seconds to open the scoring, Kevin De Bruyne making a clever, untracked run from deep to meet Riyad Mahrez's delicate cross and his diving header sneaked past Thibaut Courtois to send the home supporters into hysterics.

And yet it would get even better for the Citizens when Gabriel Jesus doubled their advantage, turning David Alaba smartly to slot home from Phil Foden's left-flank cross.

Pep Guardiola was furious when Mahrez and Foden missed a golden chance apiece and his pain was compounded when Karim Benzema halved the deficit with an instinctive finish - his 40th goal of the season in all competitions.

The City manager was wondering how his side hadn't scored a third minutes after the restart when Mahrez cushioned a shot against the post and Foden's rebound was cleared on the line by Dani Carvahal.

But Foden would restore the hosts' two-goal advantage with a header from six yards out after he was picked out by Fernandinho, a replacement for John Stones who limped off in the first half. 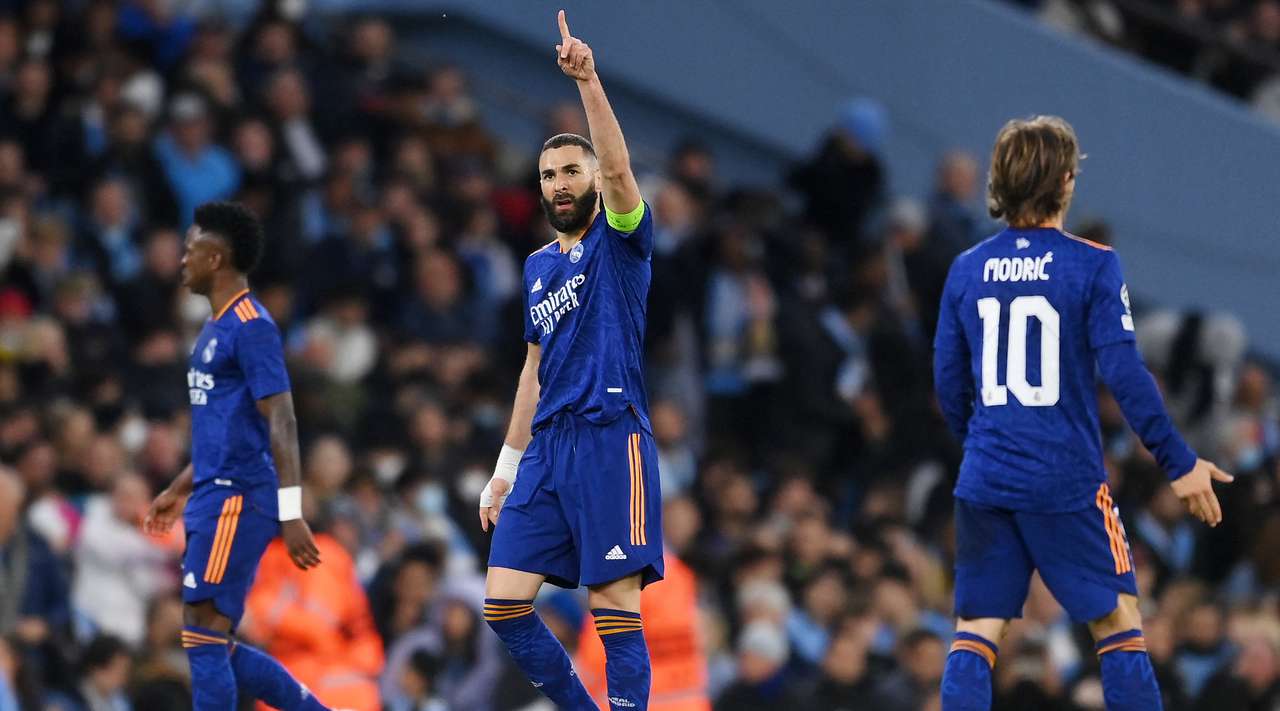 Fernandinho would go from hero to zero minutes later as he was left for dead by his compatriot Vinicius Junior on the halfway line and he kept his composure to beat Ederson with a low shot and drag Real Madrid back into the tie at 3-2.

The game continued to ebb and flow, and Bernardo Silva looked to put daylight between the sides, lashing a shot into the top corner, leaving Courtois rooted to the spot.

But there was to be a final twist in the game when the referee signalled for a penalty after the ball struck the hand of Aymeric Laporte. Coolness personified, Benzema made it 4-3 with a Panenka to leave the tie finely poised going into the second leg at the Bernabeu on Wednesday, May 4.