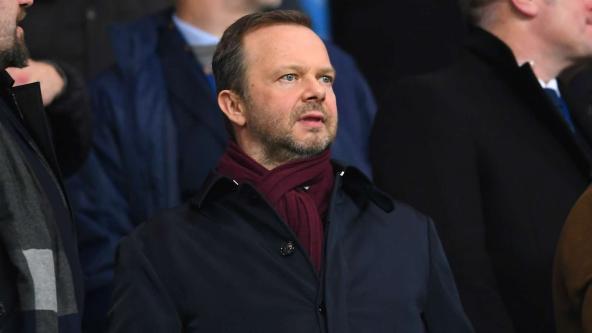 Ed Woodward has warned it may not be â€œbusiness as usualâ€ forÂ Manchester UnitedÂ in the next transfer window, the executive vice-chairman saying that spending hundreds of millions of pounds on a player could ignore the financial impact of coronavirus.

Covid-19 has caused the suspension of football since early March and there is uncertainty over when it will return. Woodward pointed to this when assessing the level of finance Ole Gunnar SolskjÃ¦r may have to strengthen his squad.

â€œNobody should be under any illusions about the scale of challenge facing everyone in football and it may not be â€˜business as usualâ€™ for any clubs, including ourselves, in the transfer market this summer,â€ he told a United fansâ€™ forum via conference call. â€œAs ever our priority is the success of team. But we need visibility of the impact across the whole industry, including timings of the transfer window, and the wider financial picture, before we can talk about a return to normality.

â€œOn this basis, I cannot help feeling that speculation around transfers of individual players for hundreds of millions of pounds this summer seems to ignore the realities that face the sport.â€

AsÂ reported by the Guardian, the uncertainty means United have recognised that buying a striker of the value of Tottenhamâ€™s Harry Kane â€“ around Â£150m â€“ is unrealistic.

However Woodward said a global, multi-sponsor model gave United robustness. â€œIt is also important to acknowledge the part played by our successful business in allowing us to fulfil our social responsibilities,â€ he said. â€œWe have always believed that our commercial model gives us greater resilience than most clubs and we are grateful for the enduring support of our commercial partners.â€

Woodward acknowledged that games may initially be staged behind closed doors. â€œWe are eager to see the team return to the field as soon as we are advised it is safe to do so,â€ he said. â€œHopefully to complete a season which still held so much promise for us in theÂ Premier League, the Europa League and the FA Cup when it was suspended. We are in constant dialogue with our governing bodies about when and how that will happen and we will continue to engage with this forum to keep fans consulted.

â€œAnd while it may be that games need to be played behind closed doors in the shorter term, we all recognise that football will not be fully back to normal until supporters are once again in attendance.â€