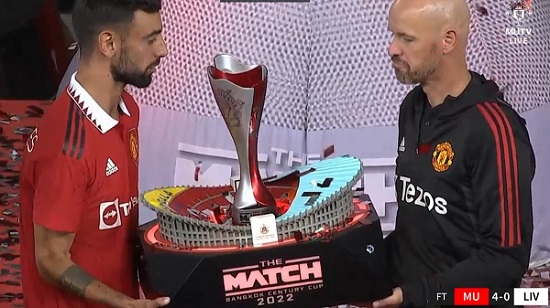 Manchester United’s new era under Erik ten Hag got off to a flying start as they beat Liverpool 4-0 in Bangkok in a pre-season friendly.

It was the first friendly of the new season for both sides with Ten Hag opting for a strong starting eleven, which didn’t feature Cristiano Ronaldo who was absent due to family reasons, and captain Harry Maguire who picked up a knock in training. 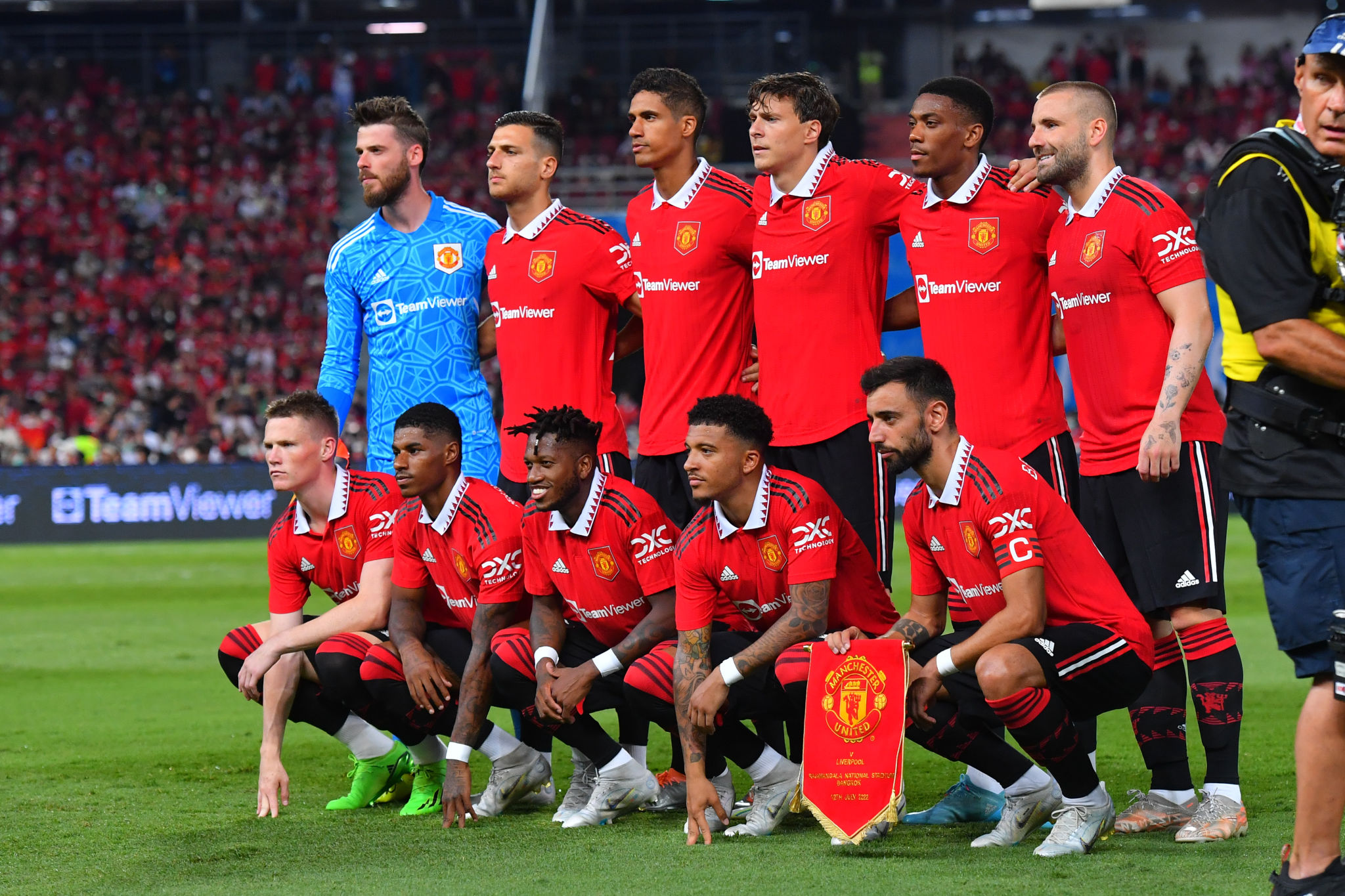 Jurgen Klopp confirmed in the build-up to the match that he would rotate his outfield players every half an hour, so everyone in Liverpool’s pre-season squad got some game time under their belt.

It was Liverpool who made a quick start with Harvey Elliott and Luis Diaz having early chances, but it was Jadon Sancho who opened the scoring for United after 13 minutes.

A Bruno Fernandes cross was cut out by Nat Phillips, only for Isaac Mabaya to knock the ball towards Sancho in his attempted clearance. The England international capitalised by slotting home into the bottom-right corner.

Ten Hag’s side continued to press well, an indication of how the new manager wants his side to play, with Marcus Rashford getting into dangerous positions throughout the first half.

Liverpool soon returned the pressure as a moment of madness saw chaos in the United penalty box. Fabio Carvalho missed the best of the chances from close-range but completely missed the ball, before Diaz stuck the post with his effort.

The end-to-end football continued and United doubled their lead after Anthony Martial fed in Fred who clipped the ball over Alisson with the Liverpool goalkeeper off his line. 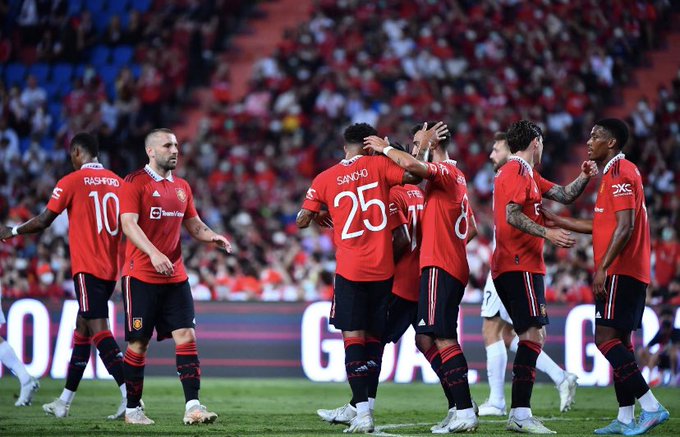 Three minutes later, Martial had a goal of his own with a great chip when one-on-one with Alisson just moments after Klopp made 10 changes.

Liverpool fought hard before the break but couldn’t find the back of the net with United’s defence keeping firm.
Both sides made further changes at the start of the second half, with only David de Gea staying on for United.

Liverpool began to dominate with James Milner making a big impact in midfield yet the Premier League runners-up failed to create any clear-cut chances.

Klopp brought on most of Liverpool’s big hitters with half an hour to go including Trent Alexander-Arnold, Virgil van Dijk, Thiago, Mohamed Salah and new signing Darwin Nunez.

Despite the quality of Liverpool’s substitutes, United were soon on the front foot once again.

Anthony Elanga threatened up front, before Facundo Pellistri made it 4-0 thanks to a great move from Eric Bailly.
Bailly sprinted the length of the pitch before a one-two between Amad Diallo and Pellistri was finished off by the Uruguayan in fine fashion.

Salah went close in the final minutes of the match with a left-footed effort that flung off the post and into the feet of Nunez who couldn’t capitalise as Bailly’s sliding challenge forced him to fire over.