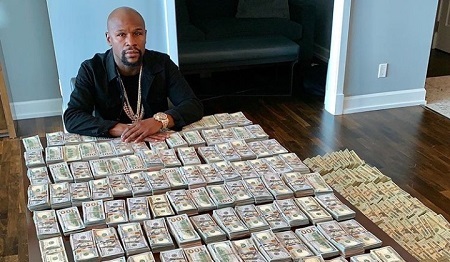 Floyd Mayweather has launched an attack on his critics while posing with $1.8m in cash on social media.

Mayweather earned the moniker 'Money Man' during a glittering career in the ring where he remained undefeated from 50 fights.

Estimates of the 42-year-old's net worth range from £557m to £795m and he has developed a reputation for flaunting his wealth.

He wrote alongside it: 'This is what I've been hearing for 23 years... '"ll Mayweather does is brag about his cars, his jewelry, his mansions, his ladies, his clothes and his money,"

'And this is what Mayweather says back... I'm happy y'all spent over 2 decades hating on me instead of building your own legacy.' 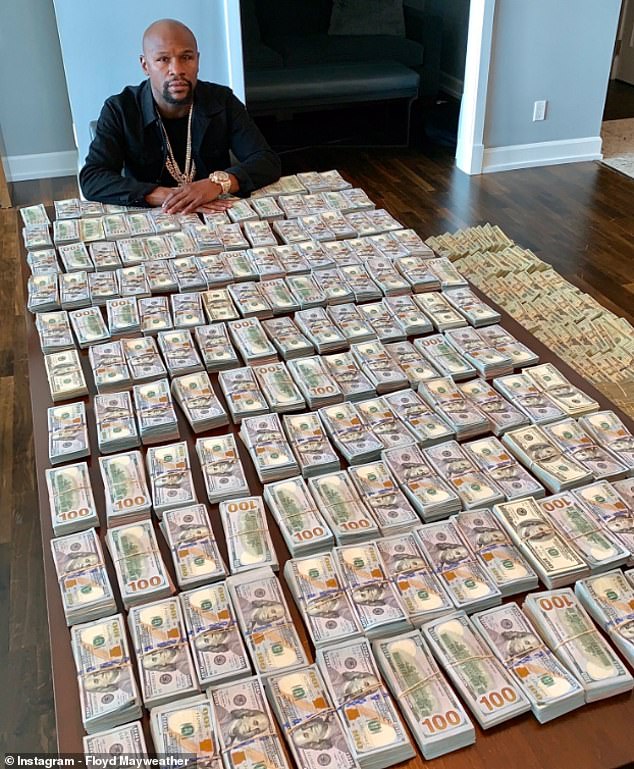 Mayweather is set for another enormous payday in Japan as the 'Money Man' is targeting another lucrative exhibition.

He banked £7million for knocking out kickboxer Tenshin Nasukawa in an unofficial bout on December 31 last year.

Last month he launched his TMT (The Money Team) brand along with a new deal for Mayweather Promotions in Japan.

I was once told that “the loudest person in the room is the weakest person in the room”. Well, that works for the individuals that’s doing something illegal. But in my case, I’m happy to flaunt my legal wealth and brag about being a black man that came from poverty, beat all odds and not give a fuck about what anybody thinks. Happy 4th, this is my independence! Now, let the fireworks begin! #KarlLagerfeld #TMT #TBE #TMG @mayweatherpromotions @girlcollection @kingkoraun @moneyyaya @zion_mayweather @jirahmayweather @youngbabyface @thee_mayweather @maya1177902 #GIVENCHY #BALMAIN #playcommedesgarcons #commonprojectsshoes