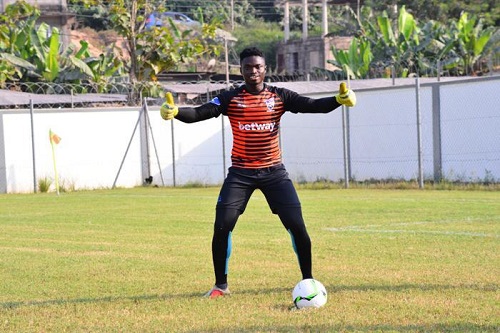 A number of phenomenal players have play the Ghana Premier League and everyone has got an opinion on who the best ones are.

Medeama SC goalkeeper Eric Ofori Antwi has stuck his neck out to name his Ghana Premier League ideal XI. The goalkeeper has revealed the players he would like to keep the posts for them in a game.

There may be one or two surprises in the Medeama goalkeeper's line up, who’s named Six Medeama players including himself, three Asante Kotoko players, Elmina Sharks and Aduana Stars have a spot each in his fantasy team.

For the goalkeeping position, Eric Ofori Antwi picked himself between the sticks, he went for a back four of 3 Asante Kotoko players and Medeama defender.

In a three-man midfield, Justice Blay (Medeama SC) was picked to shield the defence while Benjamin Boateng (Elimina Sharks) and Rashid Nortey (Medeama SC) will be playing alongside him.

Below is Eric Ofori-Antwi Fantasy Team