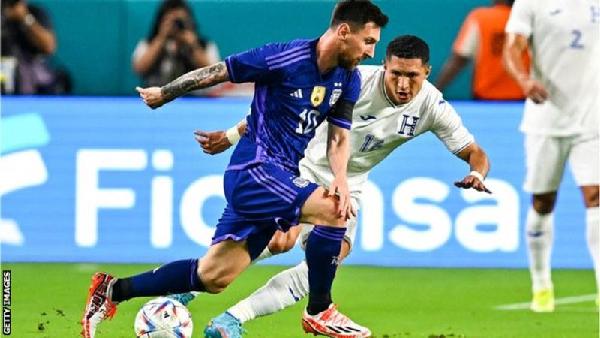 Lionel Messi scored twice as Argentina produced a comfortable 3-0 win over Honduras to extend their unbeaten run to 34 games.

The 35-year-old was at the centre of the action for the opener, lobbing the ball over the defence to Papu Gomez, who gifted Lautaro Martinez a tap-in.

READ ALSO: I made a mistake - Otto Addo after Brazil defeat

The Paris St-Germain forward added a third with a superb chip over the keeper's head after a defensive mix-up.

Two-time World Cup champions Argentina, who are among favourites for this year's tournament, open their campaign in Qatar against Saudi Arabia on 22 November.

They play Jamaica on Wednesday in their final game before the tournament.