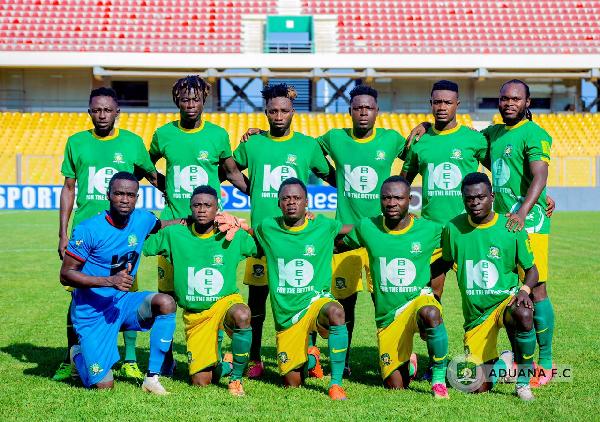 Aduana Stars have set up a semi-final duel with Bechem United in this season's MTN FA Cup after overcoming King Faisal.

Aduana hosted King Faisal at Nana Agyemang Badu I Park and made light work of the latter.

The Dormaa-based side eased past King Faisal 3-1 to book a semi-final ticket.

Following a good start to the contest, Sam Adams scored from 12 yards to give Aduana Stars the lead.

Just three minutes later, the host scored the second courtesy of a strike from Manaf Mudasiru to take a 2-goal lead.

Although King Faisal talisman Zubairu Ibrahim would score in the 30th minute to halve the deficit, the team could not complete a comeback in the second half.

An Emmanuel Gyamfi strike in the 51st minute steered Aduana Stars to a 3-2 win as Osman Ibrahim grabbed a second consolation goal for the away team.

In Dawu, Dreams FC also secured their place in the next phase of the competition after victory over Kotoko Royals.

They will next face the winner of Skyy vs Hearts of Oak match which comes off on Thursday, April 14.