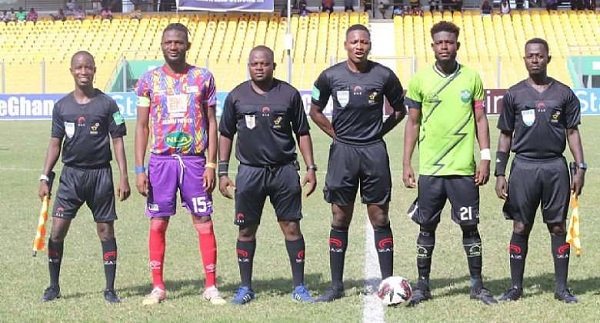 Defending champions Hearts of Oak will this afternoon go head-to-head with Dreams FC in the first semi-final clash of the MTN FA Cup.

The clash which was originally scheduled for the El-Wak stadium will now take place today, Saturday, May 14 at 3pm at the Accra Stadium.

Hearts would be hoping to continue from where they left off after thumping Dreams FC 3-1 in their last encounter in the Ghana Premier League at the Accra Sports Stadium on matchday 27.

Despite the Phobians' emphatic win on that day, newly-appointed head coach of Dreams FC, Ignatius Osei-Fosu said Hearts of Oak did not play like Champions.

He slammed the performance of defending champions, stating they were losing balls cheaply.

”Hearts of Oak didn't play like champions and yes they were losing all the balls to us but I don't blame them that much because they had two quick goals," Ignatius Osei Fosu said.

Ignatius Osei-Fosu will need to walk the talk this time around if he bids to shatter the Phobians dreams of defending their FA Cup title.