My family is being attacked - Black Meteors defender Edward Sarpong 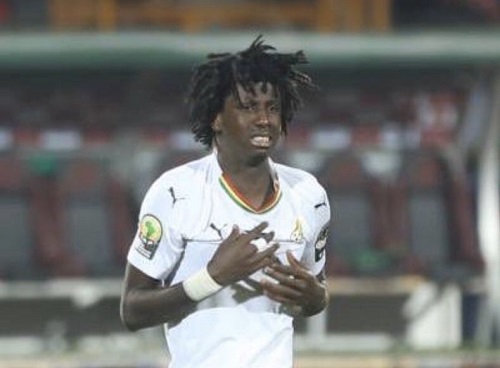 Black Meteors defender Edward Sarpong has revealed the trauma his family are going through after missing a spot-kick in the just ended U-23 AFCON.

The left-back missed the decisive spot-kick in Ghana's 6-5 penalty loss to South Africa which saw the nation failed to make an entry into next summer's Tokyo 2020 Olympic Games.

Sarpong has apologised to Ghanaians and the technical handlers of the team for missing from 12 yards and stated that all he went to do was to plant the ball at the back to qualify Black Meteors to the Olympics.

He, however, revealed that the penalty miss has been difficult for his family to handle as people are verbally assaulting them.

“I will like to plead with all Ghanaians especially those who were affected by it, I am deeply sorry. It wasn’t my intention to the miss that penalty, I was convinced I could score and become the hero of the day but God willed it different. So I beg all Ghanaians for forgiveness and I promise that this won’t happen again”

“I’ve been insulted massively in my area and it has even affected my family. “When my sisters go out they are verbally attacked because everyone in our area knows they are my sisters.

“My mum can’t go out because anytime she comes out she’s insulted and she was even scared. She asked me not to even go out again because she felt people will attack me,” he revealed in an interview with Adom FM.

Ghana's wait to qualify for their first Olympic Games since 2004 continues as they failed grab the automatically qualification at U-23 tournament staged in Egypt.