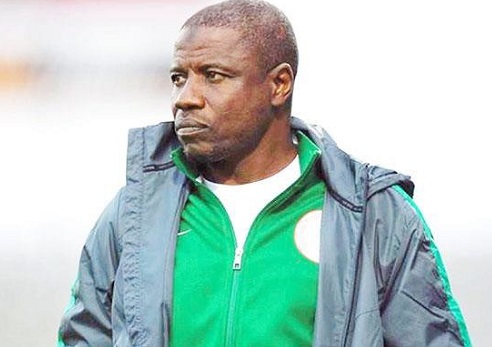 The footage was captured by controversial journalist Anas Aremeyaw Anas in September 2017 - and is being broadcast for the first time by BBC Africa Eye.

The former Enyimba and Kano Pillars coach was in temporary charge of the Super Eagles for the friendly victories over Mali and Luxembourg in 2016 after Sunday Oliseh resigned.

Read also:Ghana in Group A of WAFU B U-17 tournament

He was appointed by the Nigeria Football Federation as head coach in 2016, shortly before Gernot Rohr was named as the technical adviser.

Read also:BBC rubbishes media report of distancing itself from Anas

The chief coach of the Super Eagles, and first assistant during the World Cup, is due to lead the national team to the Olympics in 2020.