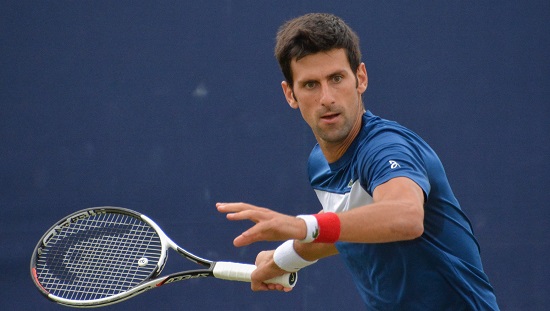 Novak Djokovic, the men’s world No 1 tennis player, has tested positive for Covid-19, the Serbian said in a statement on Tuesday.

Djokovic revealed that he and his wife, Jelena, had both tested positive for Covid-19 after taking a test immediately after returning to Belgrade from Zadar in Croatia where the final of the tournament was cancelled following Dimitrov’s positive test.

In the statement, Djokovic said: “I am extremely sorry for each individual case of infection. I hope that it will not complicate anyone’s health situation and that everyone will be fine.”

While other players remained in Zadar to be tested on Sunday night, Djokovic travelled home from the tournament to his home in Serbia before being tested for the virus, with Adria Tour organisers saying this was because he was not showing symptoms.

In Tuesday’s statement, Djokovic added: “The moment we arrived in Belgrade we went to be tested. My result is positive, just as Jelena’s, while the results of our children are negative.

“Everything we did in the past month, we did with a pure heart and sincere intentions. Our tournament meant to unite and share a message of solidarity and compassion throughout the region.

“We organized the tournament at the moment when the virus has weakened, believing that the conditions for hosting the Tour had been met. Unfortunately, this virus is still present, and it is a new reality that we are still learning to cope and live with.”