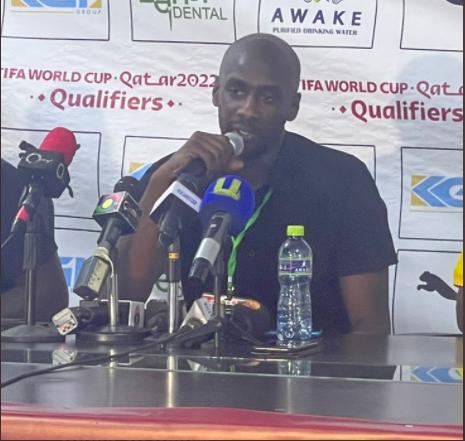 Black Stars coach Otto Addo was happy with his side’s determined display following a stalemate with Nigeria in the first leg of the 2022 FIFA World Cup qualifier.

The match which was played at the Baba Yara Sports Stadium failed to produce goals as the match ended 0-0.

After the game, Addo however lauded his players but admitted that they Nigeria upped their game in the later stages due to fatigue to his team.

“First of all we did well even though we made some mistakes but we started well, there’s was just a little bit of fatigue and it made Nigeria come into the game more,” Addo said after the game.

The two teams will face off again in four days in Abuja, with the winning team on aggregate going through to the World Cup in Qatar.

The Black Stars started the first half with great intensity, pouring forward in numbers when they had the ball and pressing effectively when they didn’t.

Afena-Gyan fired a shot wide from the angle before almost getting on the end of a long ball which was shepherded back to Nigeria keeper Francis Uzoho.

A Mohammed Kudus ball over the top for Abdul Fatawu Issahaku down the left looked promising but the winger’s touch was heavy and he was tackled by defender, Leon Balogun.

Afena-Gyan then did brilliantly to hold off the two Nigerian centre-backs before laying the ball off to Issahaku whose effort from outside the box was pushed out for a corner.

Nigeria started to get on the ball more and were almost in when Sanusi’s cross just missed Victor Oshimen in the box.

They got their first shot on target in the 40th minute when Oshimen’s weak effort was comfortably held by Joe Wollacott.

Aribo then broke into the Ghana box and found some space but fired his shot wide as the Nigerians ended the first half strongly.

The result means that its all to play for in the second leg on Tuesday at the Mashood Abiola Stadium in Abuja where Nigeria will have the home advantage.