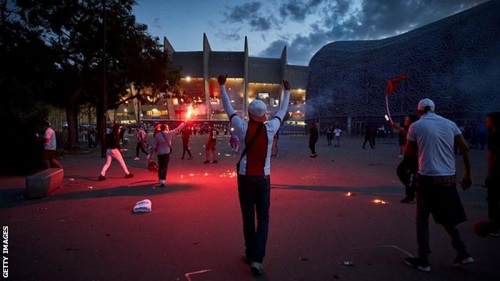 French police say they have made 148 arrests following riots in the capital after Paris St-Germain's 1-0 defeat by Bayern Munich in the Champions League final on Sunday.

The clashes occurred on the Champs-Elysees and around the Parc des Princes stadium, where fans had gathered to watch the game on a big screen.

Cars were set on fire and shop windows were smashed, police said.

PSG fans had already been involved in clashes in Paris with the police earlier on Sunday. Some supporters threw projectiles at police vehicles outside PSG’s Parc des Princes stadium and had to be dispersed with tear gas, video footage on social media showed.

PSG were bidding to win the Champions League for the first time.