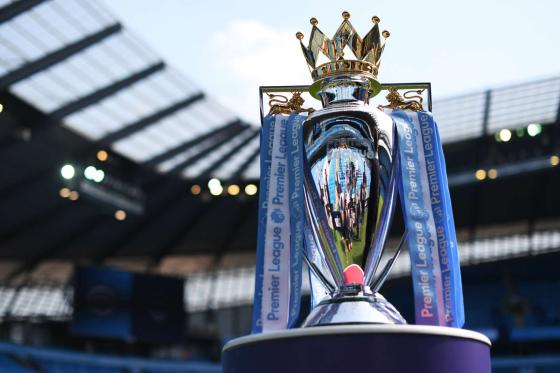 Two more people from two Premier League clubs have tested positive for coronavirus after the second batch of testing.

Players and staff at Premier League clubs across the country received the results of their second round of coronavirus tests on Saturday after they were carried out at their training grounds on Tuesday, Thursday and Friday.

A total of 996 tests were carried out in the second run of mass testing, with the number of tests available to each club increased from 40 to 50. All 20 clubs have now carried out two rounds of testing, with clubs due to take part in a third round on Monday and Tuesday.

So far, eight positive tests have been returned out of a total of 1,744 tests conducted in the first two rounds, which equates to 0.45 per cent of the tests coming back positive.

A statement on Saturday evening read: "The Premier League can today confirm that on Tuesday 19 May, Thursday 21 May and Friday 22 May, 996 players and club staff were tested for COVID-19. Of these, two have tested positive from two clubs.

"Players or club staff who have tested positive will now self-isolate for a period of seven days.

"The Premier League is providing this aggregated information for the purposes of competition integrity and transparency.

"No specific details as to clubs or individuals will be provided by the League and results will be made public after each round of testing."

Watford's Adrian Mariappa and two members of the club's non-playing staff as well as Burnley assistant manager Ian Woan were among six positive tests for coronavirus in the first round of Premier League testing.

Those six were not included in the latest figures as they are still within their seven-day isolation period. A total of 748 tests were conducted in the first round of testing last Sunday and Monday.

Watford manager Nigel Pearson announced on Friday that two more of his players had gone into self-isolation after being in close contact with people who have tested positive for coronavirus.

Watford have several players, including captain Troy Deeney, staying away from training due to ongoing safety concerns.

Meanwhile, Chelsea midfielder N'Golo Kante is prepared to miss the rest of the Premier League season, if it resumes, amid fears over returning to Chelsea training due to the pandemic.

The France international has been given permission to train at home and he has the full support of head coach Frank Lampard and the club's board.

The 29-year-old has not trained at Chelsea's Cobham training ground since Tuesday, although he did return there on Thursday - as did the rest of his team-mates - to undergo the second round of coronavirus testing.