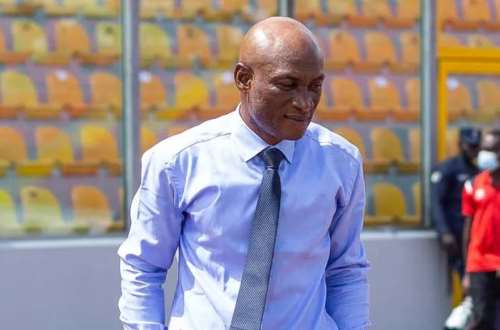 Prosper Narteh Ogum has confirmed that he has resigned as Asante Kotoko coach in a letter addressed to the club and supporters.

In an emotional letter to the club, the University of Cape Coast lecturer said the opportunity to coach Kotoko was a “dream come true” but insists his “departure is for the best interest of the club”.

“My journey at Kotoko was short lived but the varied experience during this period will always remain dear. The passion, warmth and love I was welcomed with made me feel at home. Indeed, my dream of becoming a Kotoko coach, which I constantly told my students, had come to reality. Though enthused about joining one of the biggest clubs in Africa I knew I was brought there for a reason, the mission was to deliver,” Ogum said.

“Our journey, as a team, met some obstacles when we lost some matches and missed out on trophies, but we continually enjoyed the unflinching support of the fabulous family and soared. The backing of our supporters over memorable wins at Dormaa, Tarkwa and Sogakope made us feel like champions. Our efforts were crowned with winning the Ghana Premier League after eight (8) years making Kotoko the best club for the season.”

“Taking Kotoko to Africa and defending the league trophy was my aim, but it is regrettable that I must leave midstream. I believe my departure is in the best interest of the club.”

“I extend my warmest appreciation to His Royal Majesty Otumfuo Osei Tutu II, the Board and Management of the club for the opportunity, belief and trust reposed in me and my team and made my dream a reality. To the technical and Medical Team, the Legends as well as the Playing Body, I am most grateful for your support.”

To the supporters, I doff my hat to you. You truly stood with me and sincerely inspired me. I have always felt loved, cherished and valued. Your passion for the club was my inspiration. If any action of mine caused any pain, I am sorry.”

The former WAFA gaffer was named head coach before the start of the previous season, and he signed a two-year contract.

Kotoko have begun pre-season training under the direction of youth coach Abdul Gazele. They will travel to Turkey to continue their season preparations.

The management is said to be looking for a new coach. 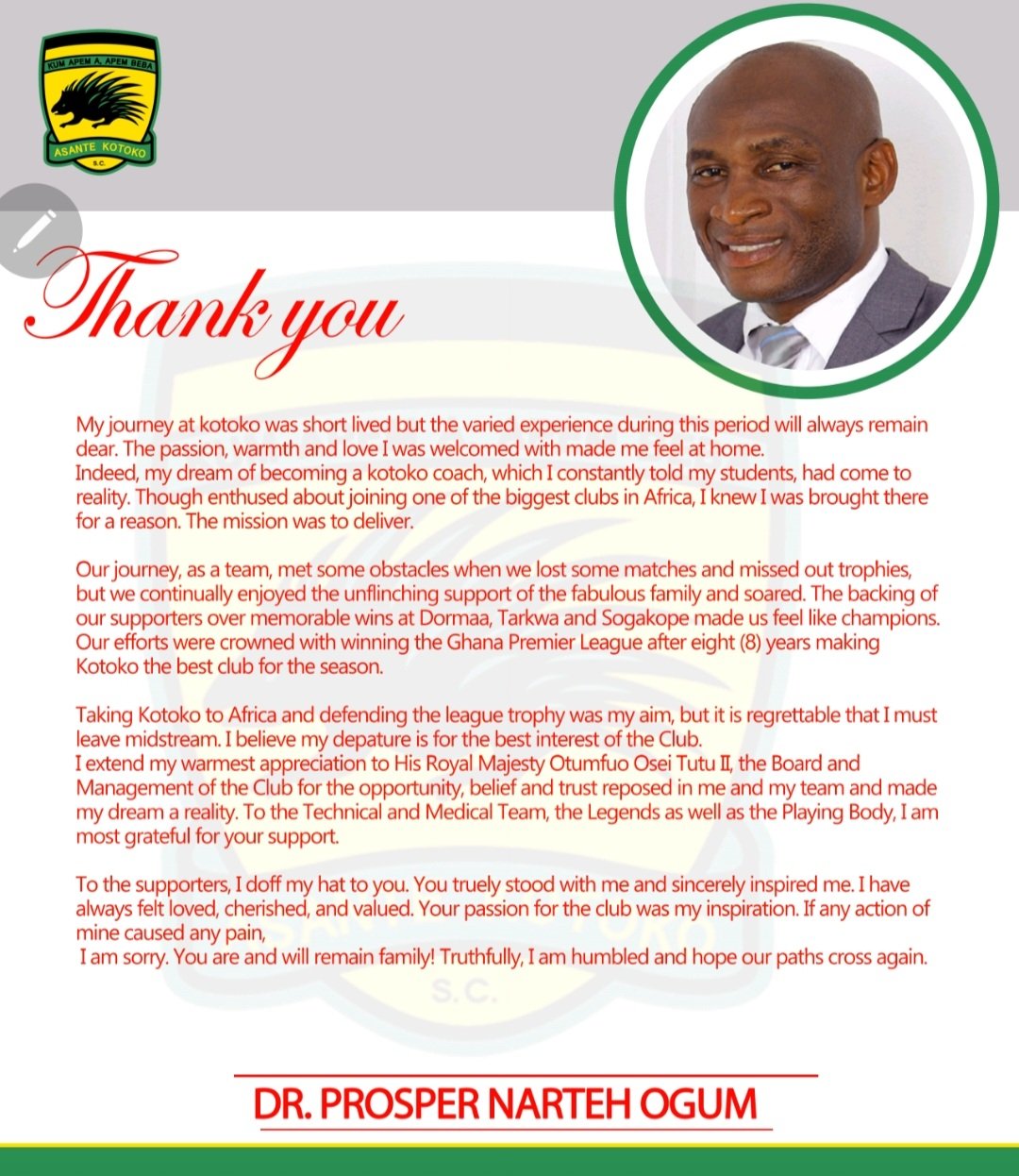