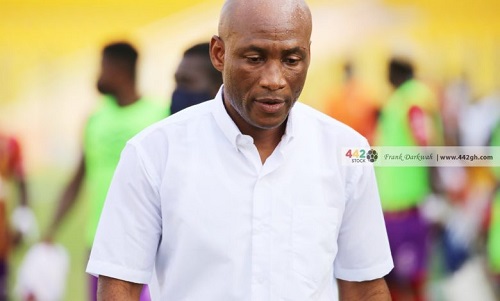 A Board Member of Asante Kotoko Kofi Amoa-Abban has angrily called for the sack of head coach Prosper Narteh Ogum.

Last week reports were rife that Prosper Ogum has resigned as the coach of the club after a management meeting.

Kotoko came out denying the reports saying they haven’t received any resignation from coach Ogum.

Board member, Kofi Amoa-Abban is the latest personality to comment on the situation at the club, he has vehemently said that coach Prosper Narteh Ogum should be fired with an immediate effect.