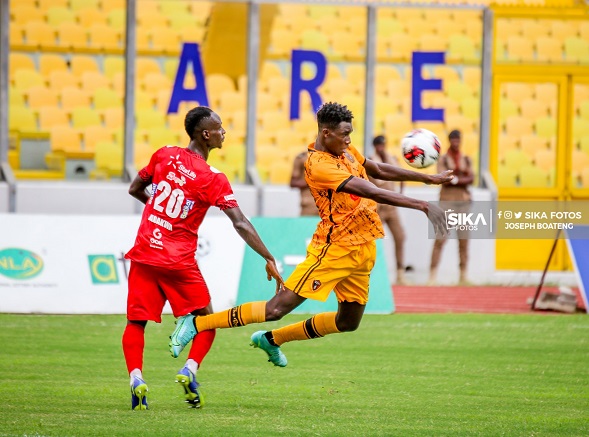 Asante Kotoko coach Prosper Narteh Ogum has described Sunday's defeat to Legon Cities in the Ghana Premier League as one of those ' bad days at the office."

The league leaders were humbled by the Royals courtesy a brace from Hans Kwofie and a penalty from Michel Otu at the Baba Yara Sports Stadium.

Mudasiru Salifu's goal was just a consolation for Kotoko as it couldn't stop them from a second home defeat of the season.

Reacting to the Porcupine Warriors defeat, Prosper Narteh said his outfit gave their opponents too much space to operate.

I think it is just like the bad days at the office, defensively we allowed them spaces. The second and third goals were photocopies which were a simple tap in and a header.

In such positions you expect defenders to be there to clear their lines but that was not the case.

The matchday 26 defeat turns into Kotoko’s second defeat on the row inside an area of seven days following a 2-1 loss to Real Tamale United last weekend.

The Reds will be hoping to turn things around on matchday 27 when they travel to Sogakope to play WAFA at the Red Bull Arena.