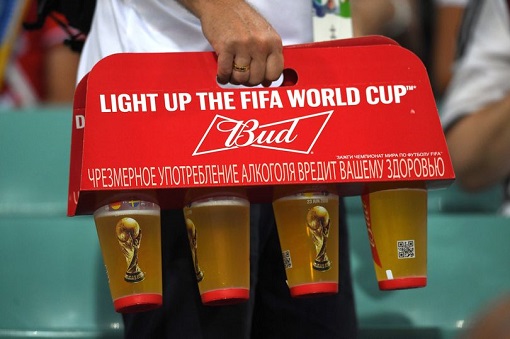 Alcohol could be banned completely at World Cup stadiums following a late U-turn.

The Qatari royal family have reportedly demanded a total ban on the sale of alcohol at World Cup stadiums - just 48 hours before the tournament begins in Al Khor.

There has been much confusion regarding where and when fans will be allowed to drink due to strict laws in the Middle East country - despite a FIFA deal with Budweiser being worth millions.

Reports say FIFA have been put under significant pressure to refrain selling beer in stadiums, which could put football's governing body in breach of their contract.

READ ALSO: World Cup 2022: The entire nation is behind you - Akufo-Addo rallies support for Black Stars

The Times report the removal of Budweiser sales at stadiums is now 'likely' after Qatari royals had their say.

That stance might leave designated fan parks the only place where supporters can pick up an alcoholic drink.

Earlier in the week, FIFA had agreed to move Budweiser concession stands into positions where they were less visible as per a request from the organisers.

The only place that alcohol has a good chance of still being available in stadiums is hospitality boxes, which start at around £18,850 for one match. As a conservative Muslim country, the sale of alcohol is restricted and only sold in certain hotels in the Doha area.

It appeared as though the hosts had accepted that alcohol laws needed to be fully relaxed for the duration of the tournament, but more compromises might be pushed on FIFA.

The update could cause strain on FIFA's $75million (£63m) sponsorship agreement with Budweiser with the official fan guide pledging sale in-and-around grounds for at least three hours before games and an hour after.

It read: "Ticket holders will have access to Budweiser, Budweiser Zero, and Coca-Cola products within the stadium perimeter."

The tournament, which is kicked-off by Qatar's clash against Ecuador on Sunday (November 20) runs until December 18 when the final takes place at the Lusail Stadium.