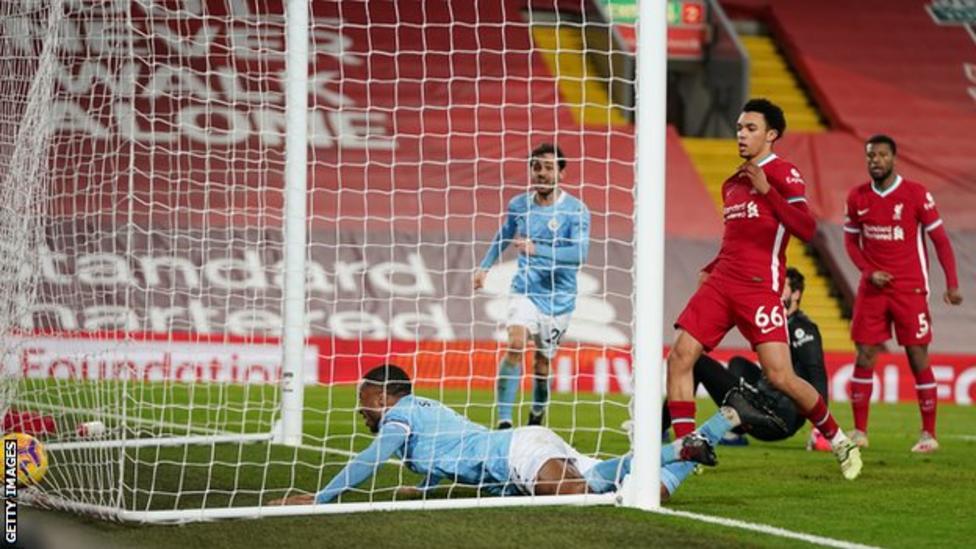 Manchester City took a potentially decisive hold on the Premier League title race as they thrashed Liverpool at Anfield - helped by a virtuoso performance by Phil Foden and a nightmare display from the champions' goalkeeper Alisson.

City's comprehensive triumph, their first at Anfield since 2003 and manager Pep Guardiola's first away to Liverpool as a manager, was achieved in such comfort that they were able to recover from Ilkay Gundogan's first-half penalty miss.

Gundogan, who skied his spot-kick after Fabinho fouled Raheem Sterling, made amends when he put City ahead four minutes into the second period, after Alisson could only push out Foden's shot.

Mohamed Salah equalised for Liverpool from the spot just after the hour after he was hauled back by Ruben Dias - but then came the combination of Alisson's errors and Foden's genius as the hosts were run ragged.

Alisson was punished for two poor clearances as Foden set up Gundogan to put City back in front after 73 minutes, then three minutes later the Brazil keeper inexplicably sent a pass straight to Bernardo Silva, whose clever cross was headed in almost on the goalline by Sterling.

City saved the best until last when Foden, the game's outstanding performer, thundered a magnificent finish high past the beleaguered Alisson seven minutes from time.

The emphatic victory leaves City five points ahead of second-placed Manchester United, having played a game less - and 10 points ahead of Liverpool with a match in hand.