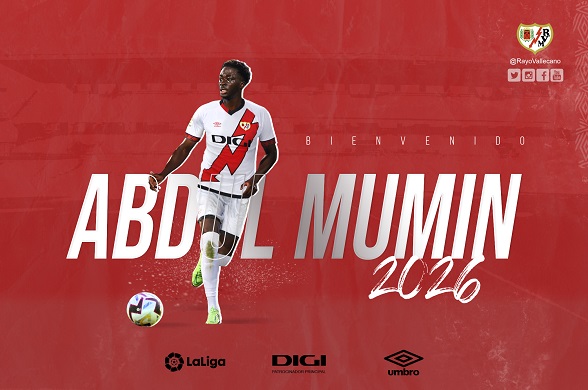 The 24-year-old has joined the Spanish side on a four-year deal.

The former Right to Dream graduate moved to Portugal in 2020 from Danish topflight side FC Nordsjaelland, where he made over 60 appearances for Vitoria Guimaraes.
READ ALSO: Manchester United complete signing of Antony from Ajax
Abdul Mumin was part of the Black Stars team at the 2021 Africa Cup of Nations in Cameroon earlier this year.
He also among the Black Stars squad for the 2022 World Cup final play-off games against Nigeria but he is yet to make his debut for Ghana.