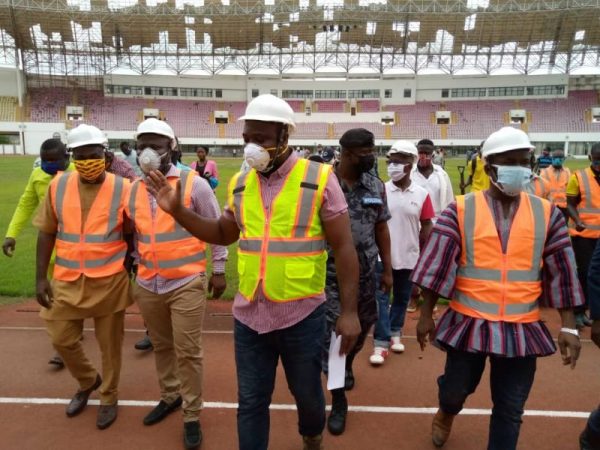 The Minister of Youth and Sports, Isaac Kwame Asiamah has disclosed that the renovation of the Essipong Sports Stadium will be completed in 12 months' time.

The Stadium will be receiving a facelift after it being in a poor state due to poor maintenance culture.

The Sports Minister yesterday led a team of delegation to inspect the facility and after briefed the media that the stadium will be completed in a year's time and it will cost the nation GHÂ¢17.8million.

According to him renovation of the facility will be in two phases and the initial phase will cover the replacement of existing defective roofing sheets, sandblasting corroded roofing steels, and application of heavy-duty coating system to guard against further deterioration of the metal structure from the mid-west to the south stand.

It will also include the replacement of damaged roof structural steel frame and bolts, waterproof treatment of leaking areas, general renovation of offices, plumbing and air-conditioning repairing works, renovation of all sanitary appliances, lifts, and fire fighting systems.

He added that phase two of the project will cover the renovation of the spectatorsâ€™ seats, electrical installations, completion of hotel/hostel facilities and other works.