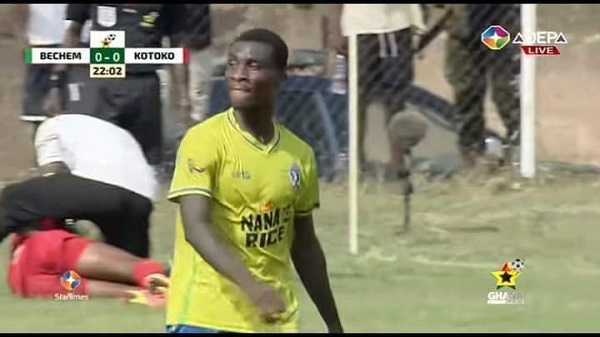 Bechem United have swiftly debunked rumours that their defender Samuel Osei Kuffour is set to join Asante Kotoko in the impending transfer window.

According to reports on Tuesday, Kotoko has reached an agreement to sign Osei-Kuffour on a three-year deal.

However, the Ghana Premier League side have swiftly issued a statement urging its followers to disregard the rumors. In the said statement they said no club has opened dialogue with them for the defender.

Osei-Kuffour has been a pillar at the back for Bechem United in their impressive ongoing campaign. He has made 23 appearances for Bechem, scoring a goal. 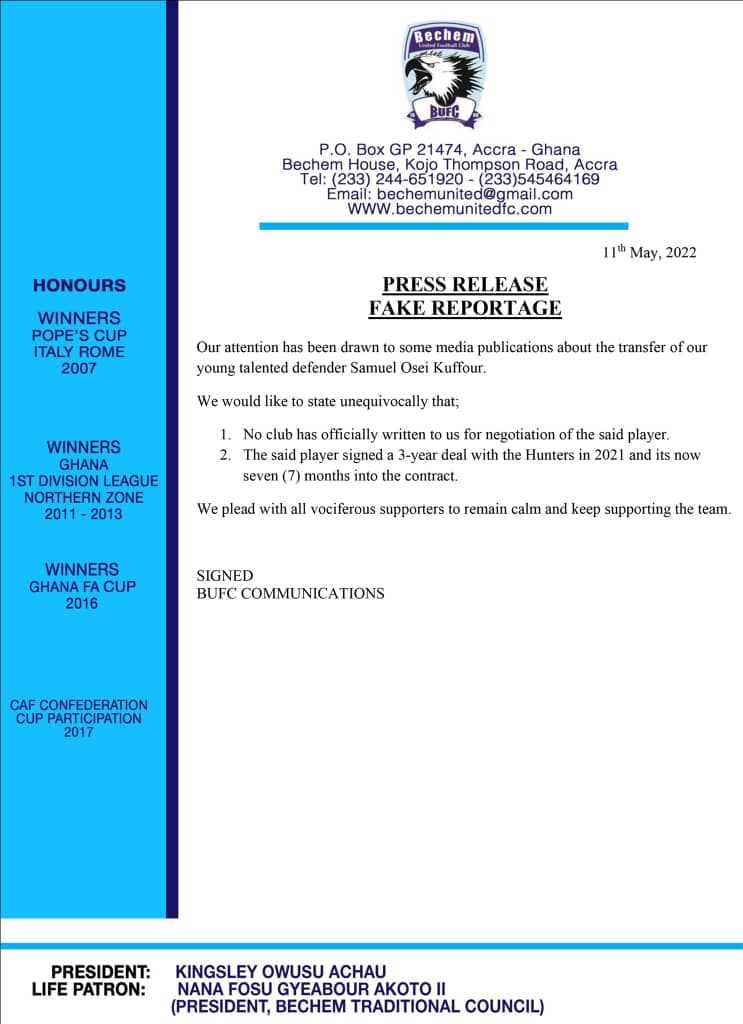