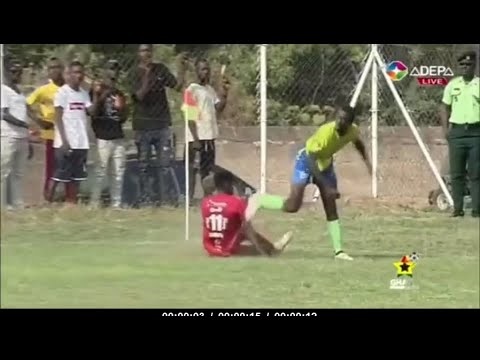 The Disciplinary Committee of the Ghana Football Association has announced decision on a misconduct case involving Samuel Osei Kuffour, a player of Bechem United FC.

Osei Kuffour has been handed a two-match ban and a fine of Gh¢1,000 for intentionally kicking player number 11 of Asante Kotoko SC (Frank Thierry Etouga Mbella) during a Premier League game at Bechem.

According to the Disciplinary Committee, Osei Kuffour pleaded not guilty to the incident in their Premier League game against Kotoko.

Below is the decision of the Ghana FA disciplinary Committee on Samuel Osei Kuffour. 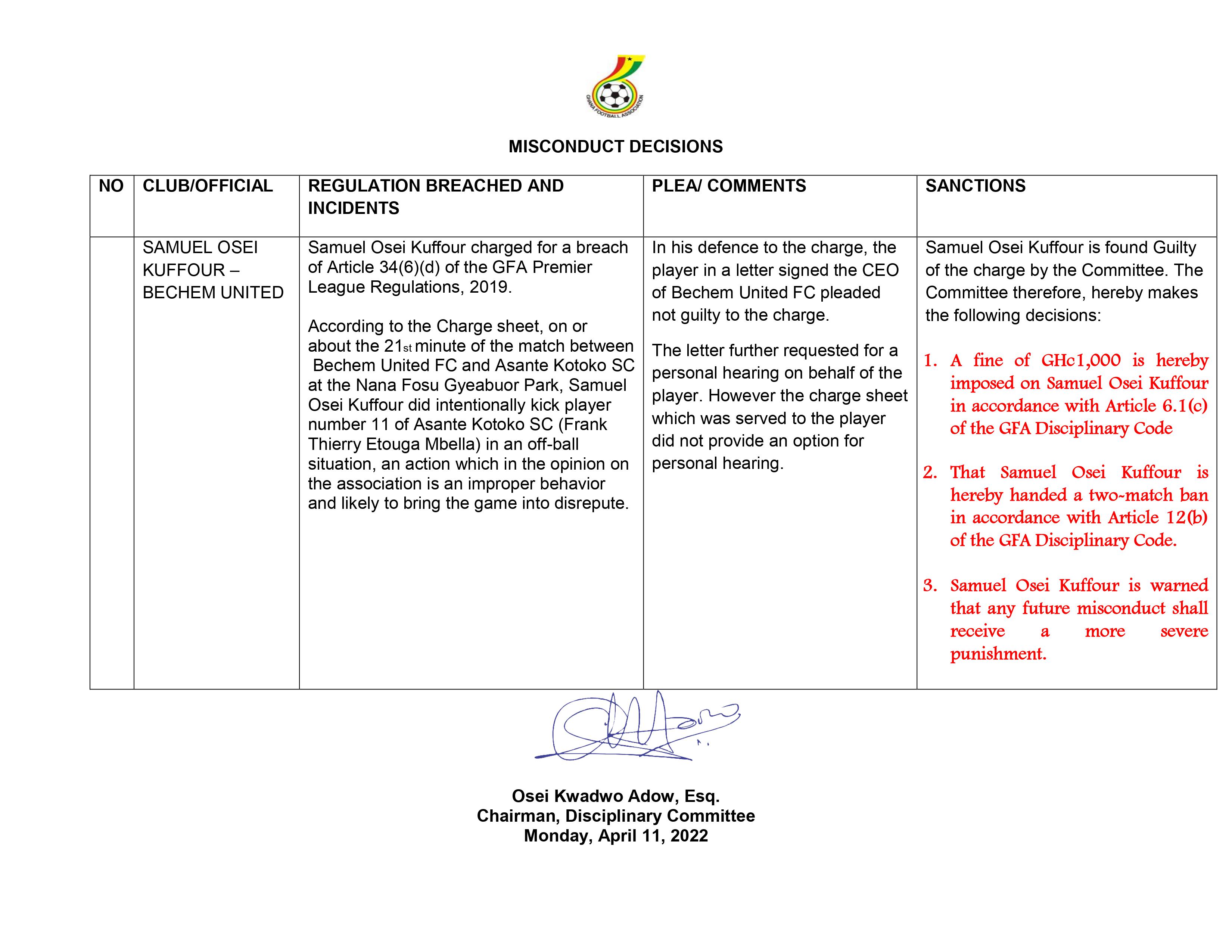