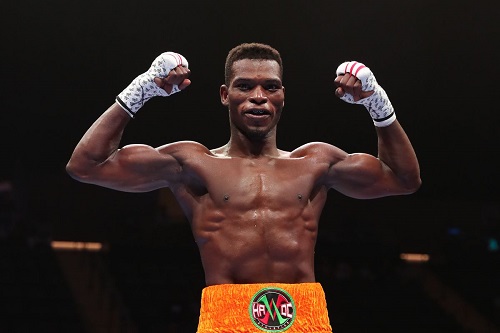 Commey lost his IBF title belt after he was knocked out in the second round of his title defence to American-Honduran boxer Teofimo Lopez at the Madison Square Garden on December 14.

READ ALSO:Â RichardÂ CommeyÂ to return to the ring in April

Sharing his thoughts on the bout, the D.K Poison a former world champion highlighted Commey's inability to deal with the knockdown as the main cause of his defeat.

"What happened to Richard Commey could happen to any boxer, it was not his fault...but rather to endure to the end of the round is another thing, it depends on how you train and psyche yourself," he told Citi TV.

"He should have waited for sometime to cool down because when you wake up you feel dizzy. So that period of 4 or 10 seconds you have be on your feet, you don't have to wake up immediately ... gradually when you come to your feet them about 6-8 count then you wake up by that time the dizziness have gone.''

"He can make it, in boxing you have to be committed to whatever you want to do.Â

He further advised Commey to take boxing as a profession, not a hobby.

READ ALSO:Â Â VIDEO: RichardÂ CommeyÂ vows to be back stronger to reclaim the world titleÂ

Meanwhile, Richard Commey's managerÂ Michael Amoo-Bediako has revealed his boxer is set to bounce back into the ring in April after losing his world title to Teofimo Lopez.

According to him, the former champion is in good shape to make an immediate return after his unexpected defeat to Lopez at the Madison Square.