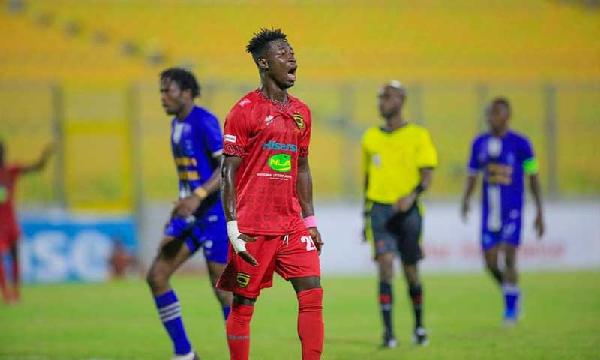 RTU who were in the relegation zone prior to the game were aiming to cause an upset and they did.

They started brightly as Patrick Asmah brought down Dankwah Badu in the box in the 25th minute which resulted in a penalty for RTU.

Ronald Frimpong stepped up in the 25th minute and made it 1-0 to RTU from spot.

They held on and went into the half time break 1-0.

After the recess, Kotoko threatened to get the equalizer but it was RTU that got the second goal.

A long ball into the Kotoko penalty area so former Hearts of Oak attacker Victor Aidoo head the ball past goalkeeper Danlad Ibrahim who was off his line to make it 2-0.

Kotoko fought had to reduced the deficit and they were awarded a penalty late in the game which Frank Etouga Mbella scored to make it 2-1.

Kotoko pushed hard but RTU held on to record a famous 2-1 win over the Porcupine Warriors.