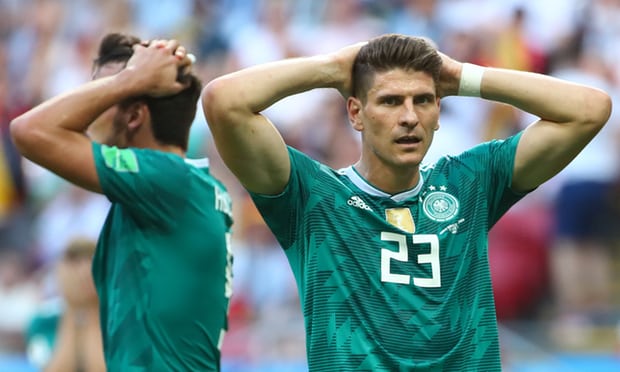 Germany have bowed out of the Russia 2018 after losing 2-0 to South Korea in their final group game.

The 2014 World Cup winners failed to grab the necessary three points against Korea that would have seen them progress to the next phase of the World Cup.

Germany after beating Sweden were confident of recording a win but things turned out sour for the champions.

After having several chances in the first half, the Germans failed to break the deadlock and hoped for a good second half.

They started the second half with intensity and attacked the Koreans but they failed to get the needed goal.

Late in the game, Korea fired the first shot as they went ahead. 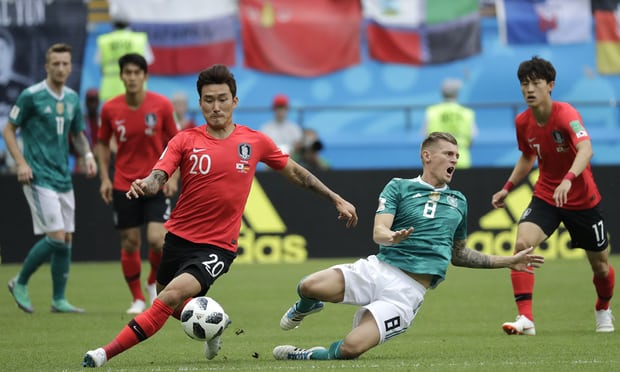 Young-Gwon Kim had the simplest of tasks in the 91st minute to roll the ball into an empty net from close range after a rebound left the keeper stranded.

That was certainly not the last drama of the game, Heung-Min Son found some space inside the box to meet a beautiful cross and fired the ball into an empty net to make it 2-0 to Korea.

This result means Germany finish the group with three points and Sweden and Mexico progress to the next stage of the World Cup.