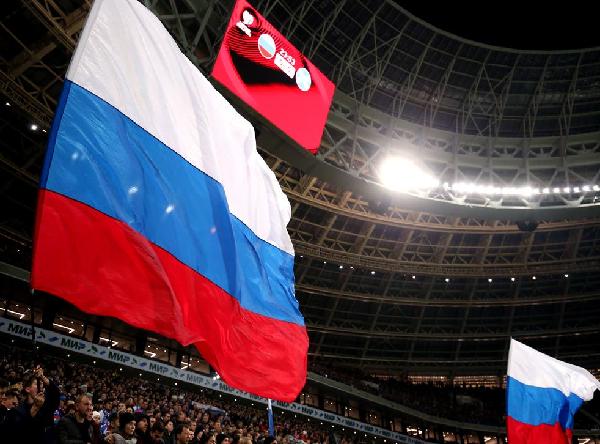 Russian national teams and clubs have been banned from participating in UEFA competitions "until further notice," European football's governing body announced on Monday.

Portugal, initially defeated by Russia in a playoff, will replace the country at the Women's Euro 2022 tournament scheduled for July in England, UEFA said.

Russia will not play their two matches scheduled in April for the European qualification to the FIFA Women's World Cup 2023.

The Russian city of St. Petersburg had already been stripped of the right to host this season's Champions League Final amid a number of sanctions imposed on Russia in March soon after its invasion of Ukraine began.

Those sanctions included an indefinite ban by FIFA, world football's governing body, from international football and meant that Russia was expelled from the European playoffs for this year's World Cup in Qatar.

Numerous sporting organizations have banned Russian and Belarussian athletes from their competitions in the wake of the invasion, with the most recent high-profile sanction coming from organizers at Wimbledon, who banned tennis players from both countries from competing in this summer's tournament.