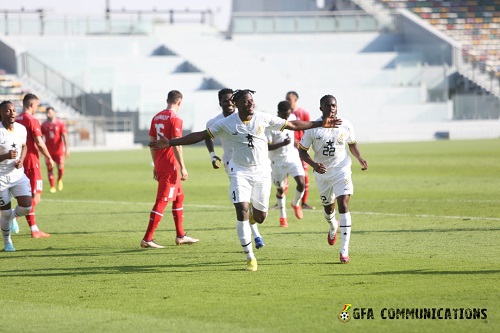 The Black Stars of Ghana on Thursday emerged victorious in the pre-World Cup against Switzerland.

Strikes from Mohammed Salisu and Antione Semenyo ensured Ghana completed their pre-World Cup friendlies with a 2-0 win at the Zayad Sports complex in Abu Dhabi.

Otto Addo's side scored the two second-half goals in four minutes after a barren first half. 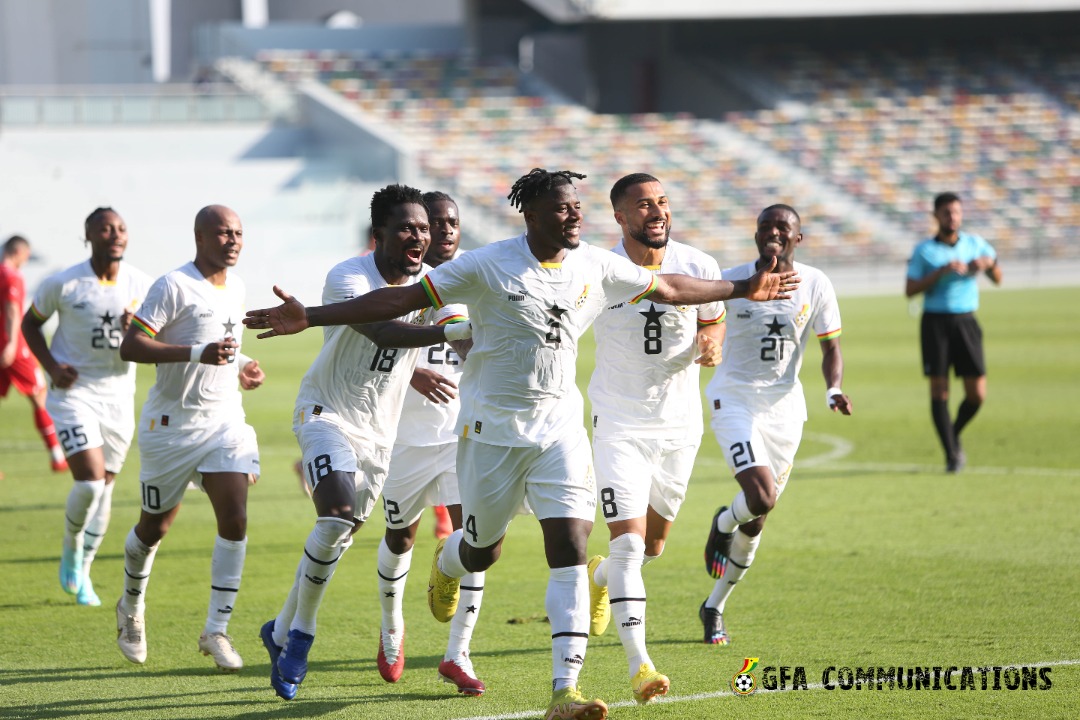 Southampton defender Mohammed Salisu broke the deadlock of the game in the 70th minute from a corner after a few ricochets inside the box.

It was his debut goal for the Black Stars.

Four minutes later substitute Antoine Semenyo was in the right place at the right time to get to the rebound inside the box and gleefully rifled the ball low into the middle of the net for his debut goal.

The Black Stars held onto the 2-0 advantage to record victory at the Zayad Sports complex in Abu Dhabi. 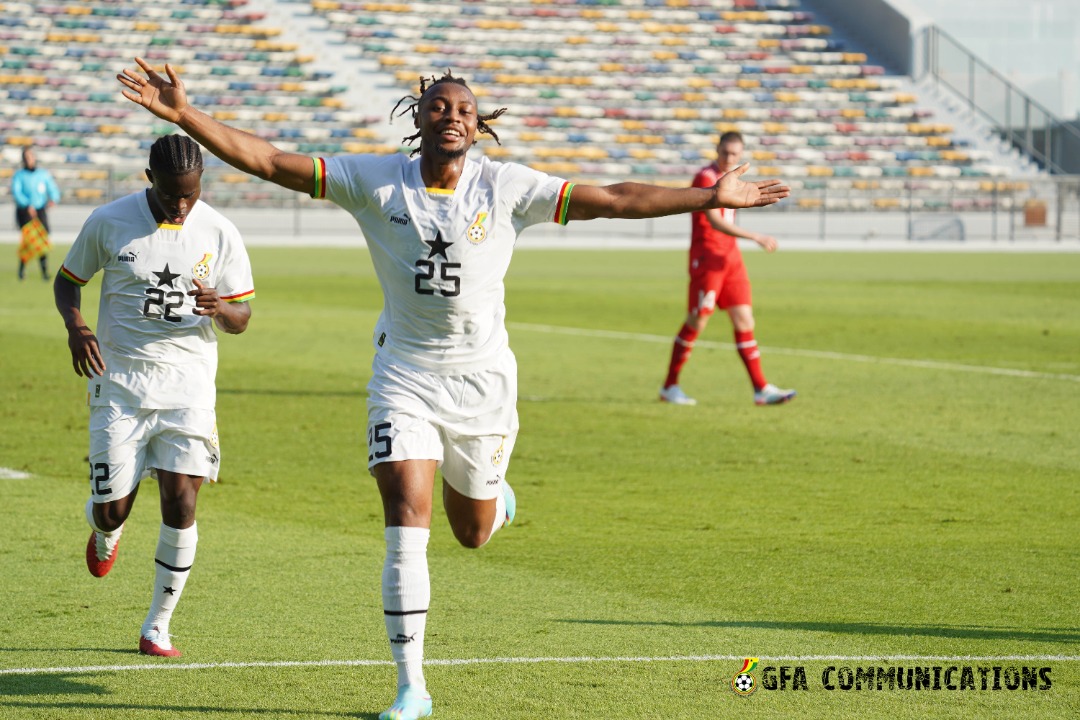 The Switzerland match was Ghana's third pre-World Cup friendly after the humbling 3-0 loss to Brazil and a lame 1-0 win over Nicaragua in September.

The clash gave the teams an opportunity to assess their strength going into the FIFA World Cup Qatar 2022 finals in Doha. 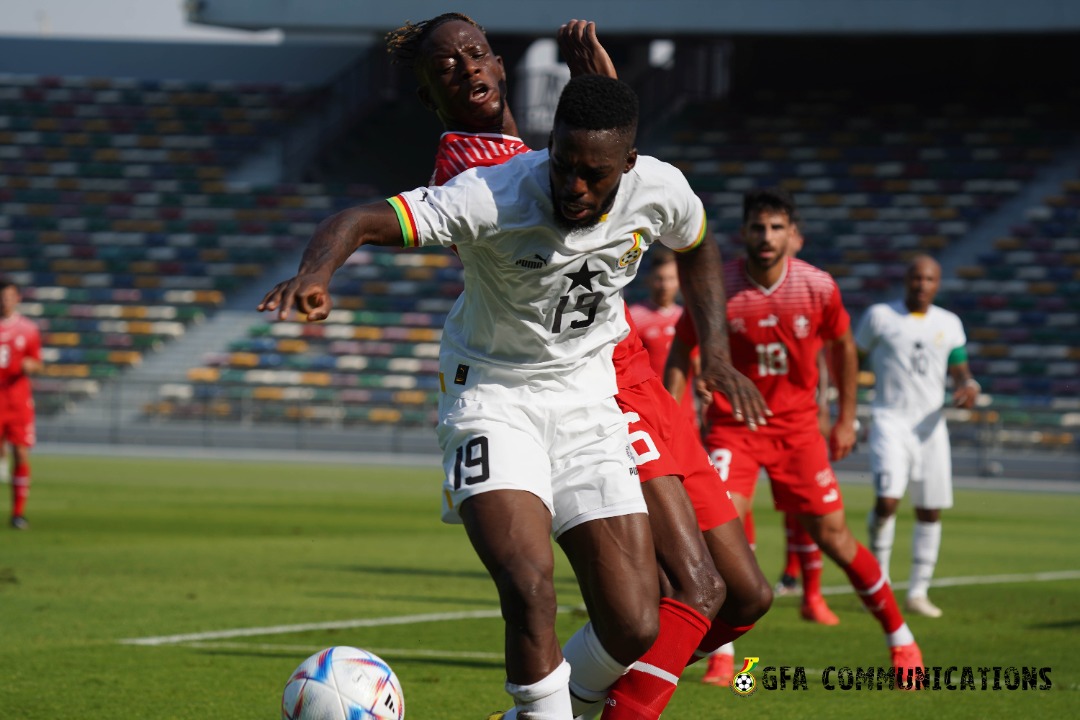 The Black Stars will now switch attention to the Mundial in Qatar.

Black Stars will take on Portugal in their first game on November 24 before playing South Korea and Uruguay on November 28 and December 2 respectively at the FIFA World Cup 2022 in Qatar.

Switzerland on the other hand starts its campaign against Cameroon next Thursday, before taking on Brazil and Serbia. 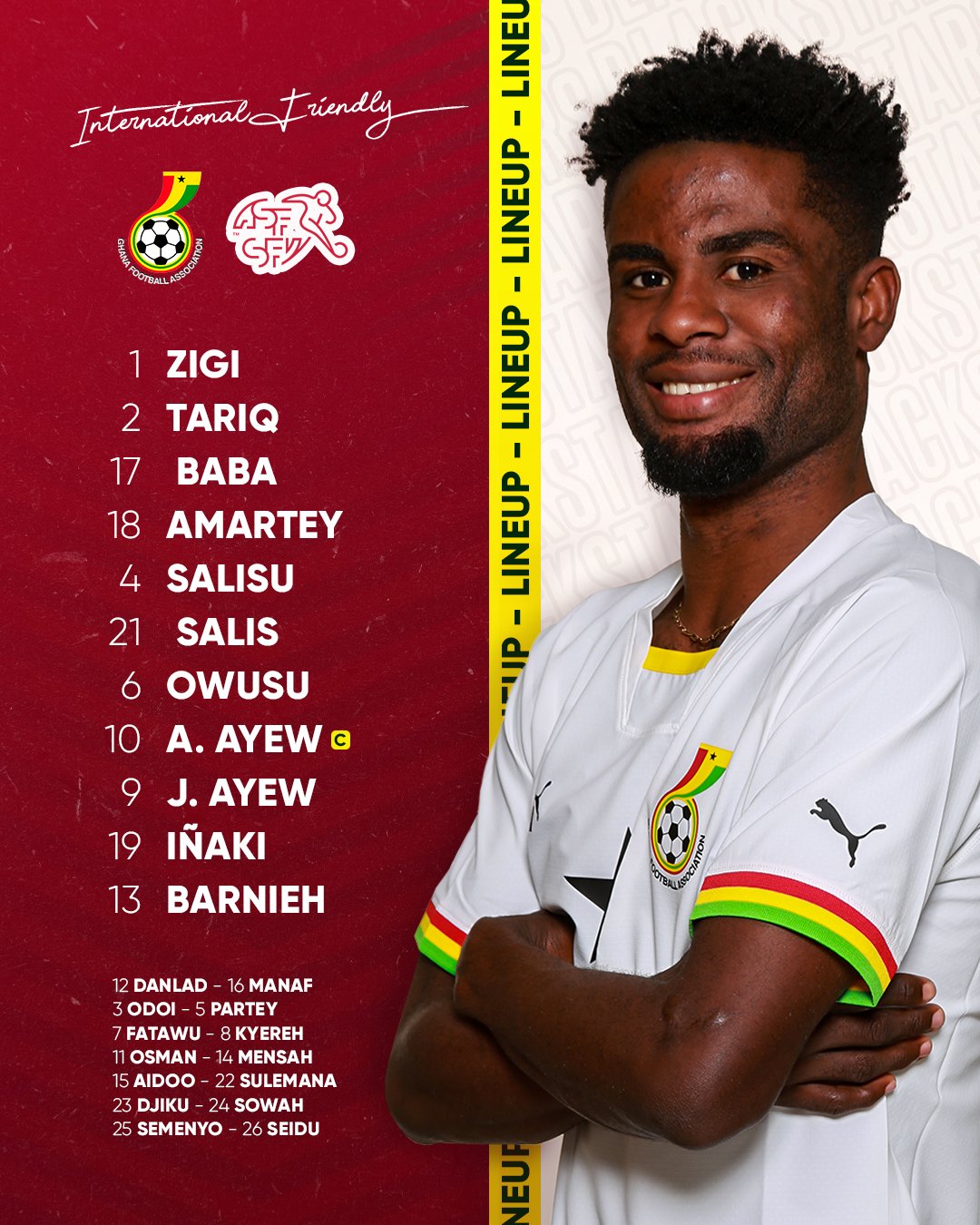