Serie A hopes to return on June 13 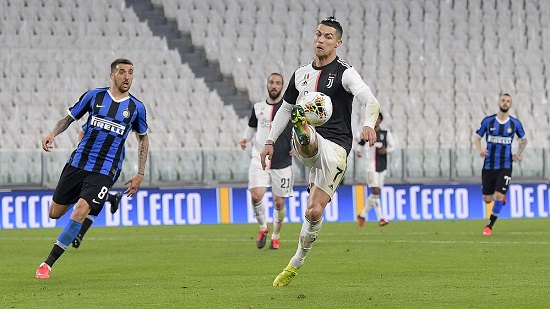 Serie A has agreed on a June 13 resumption date following a video call with all 20 clubs in the Italian league on Wednesday.

The return is subject to government approval.

Teams are already planning to return to full team training on May 18 following government approval of the league's medical protocol. Individual sessions have already taken place.

There is still a considerable amount of games left to be played, with 12 rounds remaining in the league along with four matches postponed earlier in the season because of the coronavirus pandemic.

In England, the Premier League could resume as early as June 1 as clubs and league officials continue to work out the details of "Project Restart."

Should the Premier League return, all games will be held behind closed doors and possibly in neutral venues. However, several top clubs have objected to the concept of neutral venues and would prefer to play in a traditional home-and-away format.

The German Bundesliga will return on May 16 while France has completely cancelled its Ligue 1.

La Liga is slowly increasing the number of players allowed to train in the hopes that it can start games on June 12.

La Liga president Javier Tebas has said there will be "zero" risk for matches to be played every day when competitive football returns in Spain after its pause because of the coronavirus pandemic.

However, the return of football to Europe has hit several stumbling blocks. Five players in Spain's first and second divisions have tested positive for the virus in the last week while the entire Dynamo Dresden squad has been forced to quarantine ahead of the resumption of Bundesliga 2.