Stephen Appiah reveals the toughest opponent he ever faced 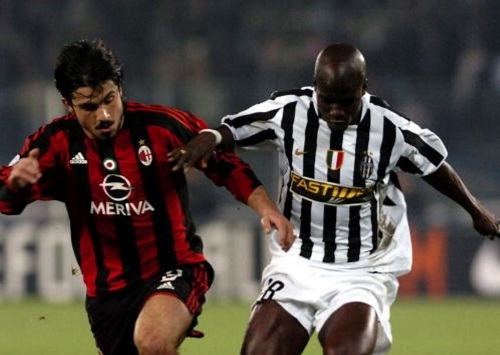 Former skipper of the Black Stars Stephen Appiah has revealed the toughest opponent he ever faced.

The 39-year-old throughout his playing career came up against a number of tough opponents. But the former Hearts of Oak midfielder has named the one player who gave him the most problems.

“The toughest player I faced was Gennaro Gattuso and that was when I played for Udinese. We faced Salernitana, a team from the Southern part of Italy and that was where Gattuso was playing at the time.

He was so difficult to play against and he even broke my tooth by the time match came to an end. He just would not allow you to go away with the ball.

"He was really the toughest among the likes of Emerson, Demetrio Albertini and the many others I came up against.”

Meanwhile, Stephen Appiah has revealed that he is open to the idea of coaching Black Stars in the future.

Speaking in an interview, Appiah said he would like to return to former club Accra Hearts of Oak to some managerial experience to prepare him for the Senior national team job.

“It’s always good to start from somewhere," Appiah said, as reported by Footballmadeinghana.

"I am not rushing to coach the senior national team, I have to get the experience [first].

“So to get the experience from somewhere, why not join Accra Hearts of Oak, I will learn under the Hearts of Oak coach.