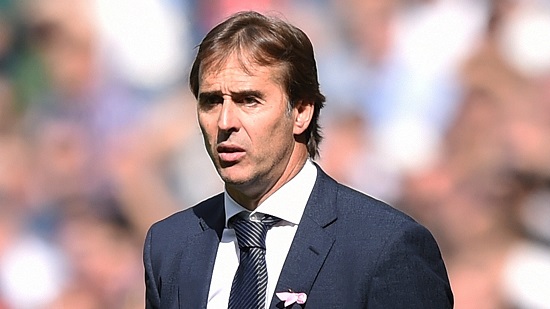 Sevilla have announced the appointment of Julen Lopetegui as their new coach.

Julen Lopetegui takes over from Joaquín Caparrós who was diagnosed with chronic leukaemia as the club sees him as the best man to take the club forward as they begin a new project.

Julen Lopetegui is back in management at Sevilla, with the former Real Madrid boss penning a three-year deal with the Liga outfit.

Lopetegui has been out of work since being dismissed by Madrid at the end of October following a 5-1 El Clasico loss against Barcelona – leaving the club languishing in ninth place in La Liga after ten matches.

He was previously in charge of the Spanish national team for two years, during which time he oversaw qualification for the 2018 World Cup without losing a game.