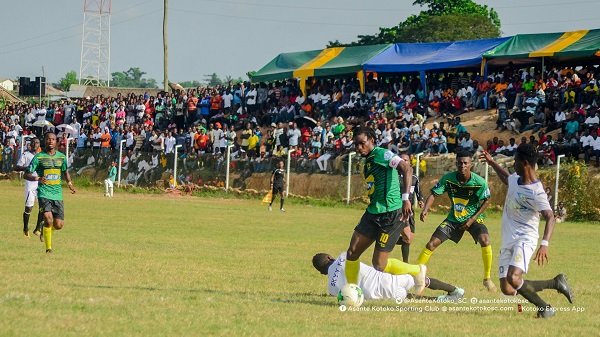 Asante Kotoko were held to a goalless draw match by Skyy FC at the Saint Martin Park in Daboase.

The Porcupines failed to breach the resolute defense of the lower tier side as the game ended 0-0 in Takoradi.  Kotoko headed into the friendly with high confidence having recorded at 2-0 win over Ebusua Dwarfs last Friday courtesy Emmanuel Gyamfi and Songne Yacouba.

Johnson Smith ringed 8 changes to the side that beat Dwarfs with only Samuel Frimpong,  Empem Dacosta and Songne Yacouba maintained their places for the lower tier side.

Asante Kotoko have another math to take care on Sunday, December 15 against their bitterest rivals Hearts of Oak in the replay 2019 President's Cup.

The initial match had to end abruptly after 5 minutes of play due to heavy rainfall which left the field unplayable.