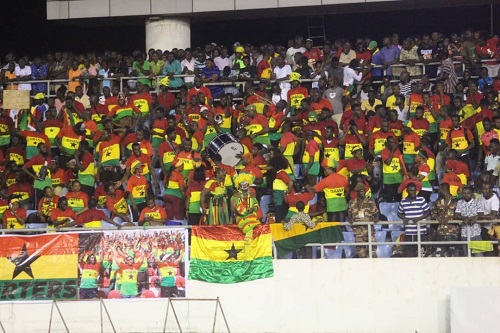 President Akufo-Addo has charged Ghanaians to help in bringing back the love for Ghana football.

The president made this call while delivering the State of the Nation Address in Parliament today February 20, 2020. In his speech he said, he is pleased to witness the return of Ghana Football after football activities were haltedÂ following the airing of Anas expose documentary titled "Number 12".

"I am happy to note that, football the passion of the nation has returned to full normalcy following the election of the new president of Ghana Football Association, Kurt Okraku. The Ghana Premier League has started and let's all help bring back the love."

The GFA on October 25 elected a new leader in Kurt Okraku after the Normalisation CommitteeÂ had been in office for over a year.

Having ascended into office, the President together with his Executive Council members launched the #BringBackTheLove campaign.

According to them,Â The campaign is aimed at instigating the passion and rallying for support for the Black Stars following a disappointing 2019 Afcon campaign in Egypt where they were eliminated at the Round of 16 by Tunisia on penalties.

"The Ghana Football Association has announced plans to launch a passion-igniting campaign for the Black Stars' African Cup qualifying campaign.

"The campaign, hashtagged #BringBackTheLove is aimed at igniting passion and galvanising support for the Black Stars as they seek to redeem themselves after their disappointing Afcon 2019 campaign in Egypt.

"Players, coaches and executives of the GFA will take centre stage in the #BringBackTheLove campaign, and the GFA will partner the media to drive the campaign.