SWAG Awards: Richard Commey 'highly honoured' to be named Boxer of The Year for fourth time 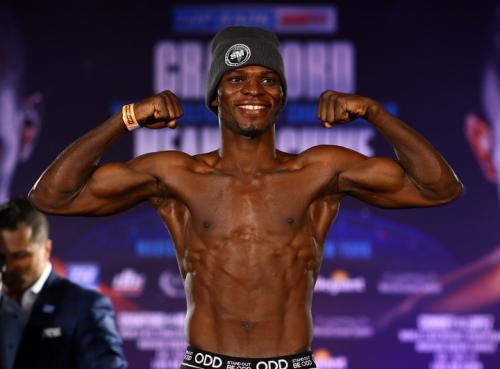 Richard Commey says he is 'highly honoured' to be named SWAG Boxer of The Year for the fourth time.

The 33-year-old boxer on Saturday, October 10 was crowned the 2019 Professional Boxer of the Year at the`45th MTN SWAG Awards.

The boxer emerged winner of the award following his achievement in the year under review.

Commey showed appreciation after being crowned for the fourth time.

"First of all, I want to thank God and say a big thank you for the SWAG for this nomination and I thank everyone that voted for me and this is my four-time of winning the best boxer of the year in Ghana. Thank You and I'm highly honoured."

SWAG Professional Boxer of the Year, 2019 @RichardCommey shows appreciation after being crowned for the fourth time..#MTNSwagAwards pic.twitter.com/N37irfPYsp

Commey in 2019 became the IBF champion when he stopped Isa Ichaniev in Round two.

However, in his second title defence to Commey got beat by American-Honduran boxer Teofimo Lopez at the Madison Square Garden on December 14.

The American-Honduran sent the Ghanaian to the canvas in round 2 to become the new IBF Champion.

But, Commey, has assured his teeming supporters that he will stage a strong comeback to take what belongs to him.

"I would just thank everybody for all the kind words of support, this is a very hard defeat for me to take but I will be back stronger and better than ever, sorry for letting all my fans down but I will learn from my mistake and be a world champion again 🇬🇭🇺🇸🇬🇧 God bless you all!"