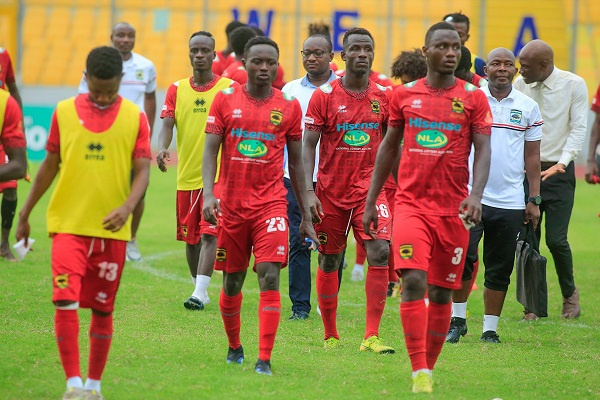 The game was one that the Porcupine Warriors needed to win and keep their momentum going.

The first half saw both teams miss several chances as the scoreline remained 0-0 after the opening 45 minutes.

Berekum Chelsea were reduced to ten men in the 66th minute when Osei Owusu was sent off for unsporting behaviour.

That did little to the confidence of Berekum Chelsea who poured forward and got the all important goal through Kelvin Obeng.

The striker beat Andrews Apau before bending the ball past Danlad Ibrahim to give Chelsea a 1-0 lead.

Kotoko are still top of the league with 56 points , six better than Medeama who have 50 in second place.