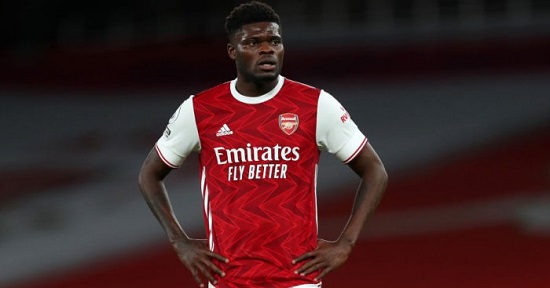 The Ghana international joined on the final day of the summer transfer window in a Â£45 million ($58m) deal from Atletico Madrid.

However, Partey has struggled with both fitness and, therefore, form, since, restricting him to just 16 appearances across all competitions.

Ahead of Thurday's Europa League visit to Olympiacos, in which he is tipped to make his 12th start of the campaign, Partey admitted just twice has he felt at his very best in a Gunners shirt.

Asked if Arsenal have seen Partey at 100% yet, the player replied: "Yes, I had a few games.

"I think against [Manchester] United at their home and against Wolves [away] also I was able to show what I can do.

"Due to less games and less training I think I have to keep working, keep trying to get back to that level again."

He added: "It was a difficult moment to get used to how the team play.

"Itâ€™s part of the game. You never know when you are going to be injured. I do all of my work and I try to make sure Iâ€™m not before any game.

"I think the injuries are part of the adaptation. Now I feel good, Iâ€™m doing all the necessary work to be more fit and play more games.

"I still have more time, Iâ€™m doing my best to get my level of competition and I think everything will be fine and I will be able to show what I can do."