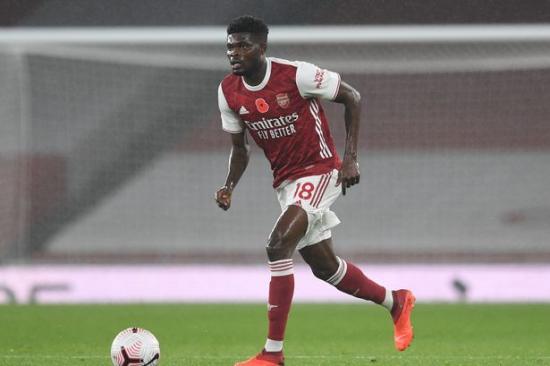 Thomas Partey had a hand in one of the 3 goals scored by Arsenal as they eased past Newcastle 3-0 .

The Ghanaian who has made a full recovery from the thigh injury suffered against Tottenham was handed a start on Monday night at the Emirates Stadium as he grabbed the opportunity with both hands by assisting Pierre-Emerick Aubameyang for his first goal.

With Arsenal, having struggled to breach the defence of the visitors in the first half, Partey sent Aubayemang through on goal with a long searching ball and the Gabonese international fired past Newcastle goalkeeper Karl Darlow to put his side in the 50th minute mark.

Arsenal doubled their lead as Emile Smith Rowe's pullback found Bukayo Saka and the England international side-footed the ball into the net.

The Black Stars midfielder was replaced by Mohammed Eleny in the 67th minute after coach Mikel Arteta had seen enough from the former Atletico Madrid midfielder.

Aubameyang, 31, got his second and the Gunners' third after Cedric Soares, in his first league start of the season, got to the byline and set up the striker.

Partey's Arsenal are in action away from home on Saturday at 12:15 GMT in the fourth round of the FA Cup, although they do not yet know who their opponents will be.